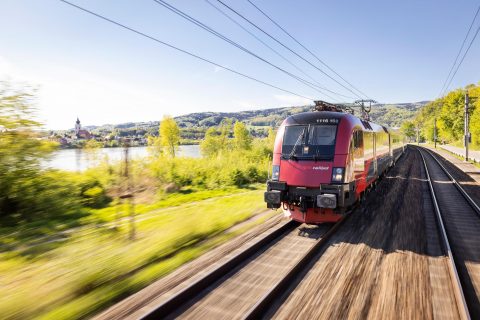 Austrian railway manager ÖBB infrastructure will benefit from an additional 700 million euros over 6 years compared to the previous year. The goal is to improve the flow of rail traffic and increase capacity on the network.

At a recent meeting of the Council of Ministers on the ÖBB framework plan 2022 – 2027, it was decided to allocate 18.2 billion euros to the expansion and maintenance of the Austrian rail network over the next six years. This means that around 3 billion will be invested annually in the railway infrastructure of tomorrow. “This is an important contribution to better climate protection, increases quality for rail customers and is an important economic driver for Austrian companies”, says the state-owned company.

More trains on the network

This will be achieved through an ambitious infrastructure programme, which – compared to 2020 – has been increased by around 700 million euros. These are prerequisites for more trains to be able to run on the rail network. This means better and faster connections for rail passengers.

“We are continuing our offensive on public transport. The largest railway expansion package in the republic allows us to invest more than 18 billion euros in new, modern railway lines. This is an important element for better climate protection. Because a modern network and a cheap climate ticket make public transport more attractive than ever. And every kilometre by train protects our climate”, enthuses Climate Protection Minister Leonore Gewessler.

“The new master plan will make rail transport in Austria even better and more efficient”, says Andreas Matthä, Chairman of the ÖBB Board of Directors. “The investments in the main lines will enable faster connections between Austria’s major metropolitan regions. In addition to the main routes, the regional railways will be made even more attractive and electrified.” This should make the modal shift more attractive in rural areas, and as benefits for passengers the environment.

In addition, more freight capacity will be created so that longer, heavier and therefore more economical trains can run – a guarantee for the competitiveness of Austrian railways in relation to road transport. A further focus is on the digitalisation of rail for greater safety and efficiency in rail operations. For passengers, ÖBB is also optimising the mobile network along the routes. In order to provide rail passengers with up-to-date information, investments are also being made in the digitalisation of customer information and in modern train safety systems.

A double track extensionis also planned for the Werndorf – Spielfeld-Straß line, as well as the extension and planning of the four sections of the Pyhrnachse including the new Bosruck tunnel, the northern access to the Brenner as an important element of the extension of the Brenner corridor, and various station extensions to improve the flow of traffic, for example in Villach Hbf, Ried im Innkreis, Innbruck Hbf and Imst-Pitztal.