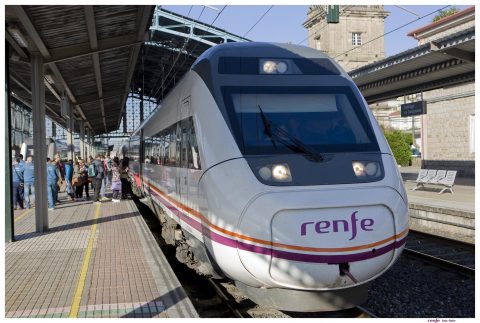 Spanish railway workers, mostly train drivers, have striked on 5 days from September 30th. Union SEMAF called the strike, partly joined by union Sindicato Ferroviario, but Renfe and SEMAF reached an agreement to call off the strike days called by this union for October 8, 11 and 12.

Renfe has returned a total of 69,451 tickets for the highs-peed Ave, long distance and medium distance services, during the first four days of the strike. This costed the company approximately 1.5 million euros. In the region Catalonia, the regional Cercanías trains in Valencia and, to a lesser extent, Madrid there were breaches of minimum rail services established by the authorities during the first days of the strikes.

The recent agreement between the company and the union contemplates a series of measures to progressively recover the services suppressed by the pandemic, which Renfe has already been carrying out. For this, it is essential to incorporate the new Renfe drivers into the service, who must pass the necessary training and homologation processes prior to starting the activity of driving passenger trains, says the Spanish operator. These training and homologation processes have been delayed due to the pandemic.

More than 1,700 trains that had to circulate as minimum services in Catalonia and in commuter trains of Valencia and Madrid were suspended during the four days of the rail strike. After the minimum services were not reached everywhere, Renfe contacted train drivers via emails, letters and even fax. They sent at least 8,161 letters physically to try to convince train drivers to run the minimal services.

The minimum essential services of the strike, determined by the authorities for Cercanías trains depend on the different nuclei, lines and time slots, the percentage varying between a maximum of 75 percent in rush hour and 50 percent of the usual service for the rest of the day.

SEMAF summarised its demands in three points. They want a full recovery of the trains that circulated before the Covid, a recovery of jobs that allow the service to be provided, and integrity of the public company and its employees.

According to the union, the national rail provider’s board has used the pandemic as an excuse to lay off 700 workers in all company categories. According to Renfe, there are no reasons for the strike called by the SEMAF union, saying they comply with the employment plan agreed with all the unions.