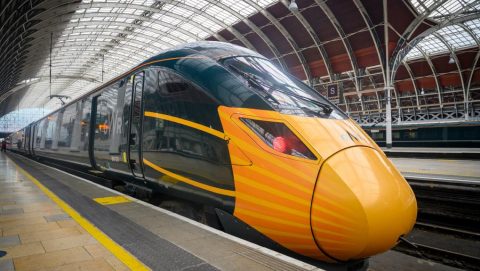 The cracks found in Hitachi trains in the UK were a result of fatigue and stress corrosion cracking, and Hitachi made the sensible decision in May to withdraw all trains for inspection. These are the results of an interim report of the ORR published this week. The root cause has however not been identified yet.

The withdrawal of almost 200 entire Hitachi 800 class trains from service caused lots of disruptions in the UK in May this year. Trains between London and Scotland; and London and Wales and the West of England were largely disrupted. Four operators were forced to cancel services, leaving thousands of passengers stranded.

After investigating the case, the Office of Rail and Road (ORR) has now published an interim report covering the history, withdrawal and reintroduction of the rolling stock. The ORR is the independent economic and safety regulator for Britain’s railways.

ORR’s report found that once the cracks were identified, the industry worked collaboratively to swiftly withdraw the trains. They established a suitable process for assessing which trains were able to return to service.

During scheduled maintenance activities, cracks were found in the area of the bolster, a critical area where the load of the vehicle and other forces are transferred to the wheel assembly, commonly referred to as the bogie. Specifically, cracks were found close to the yaw damper bracket and anti-roll bar fixing points on vehicles in these classes. Eight trains that were significantly affected were withdrawn from service and on 11 April 2021. Great Western Railways issued a National Incident Report (NIR) 3761, describing these yaw damper cracks.

Later, on 7 May, cracks were also identified at the other end of the bolster assemblies, along weld lines where the lifting plates attach to the vehicle body. Lifting plate are used when the vehicles are being lifted for maintenance. The image below shows where both elements are located on the train. Hitachi developed inspection processes and criteria that permitted trains with cracking within defined limits to return to passenger service from 14 May.

Hitachi and the engineers from the operators made use of independent technical advice, including The Welding Institute, Ricardo and Professor Rod Smith of Imperial College London for Hitachi, SNC-L for operator LNER and First Group’s central engineering organisation.

The prevalence of the yaw damper and the lifting plate cracks on many vehicles in both the fleets of operators GWR and LNER resulted in the decision on 8 May 2021 to withdraw all Class 800, 801 and 802 rolling stock from service until all vehicles had been checked and a case for safe operation of vehicles with cracks had been made.

According to the report, cracks found in the area of the bolster close to the yaw damper bracket and anti-roll bar fixing points were a result of fatigue, and cracks found in the area where the lifting plates attach to the vehicle body were the result of stress corrosion cracking. Stress corrosion cracking occurs when susceptible materials are exposed to a specific corrosive substance while subject to stress.

ORR found that since being put back into service, trains have performed as specified, with no unsafe conditions or harm arising from the cracking. The regulator also commends the rapid industry response and subsequent work to safely reintroduce trains to service.

The ORR continues to work with Hitachi and the industry and expects to publish a final report in December 2021. This will establish the root cause of the cracking and will review Hitachi’s plan for long term fleet recovery and management and identify any areas for improvement for the industry.

The IEP Hitachi Trainsets… I personally would expect wear, tear, corrosion, etc… in twenty to thirty Years! These are not even twenty to thirty MONTHS!
These imbeciles Should have purchased Siemens! Siemen trainsets are the best.
Will the bozo the village idiot blame it on covid? on parts of Asian origin?
Or the fact the parts were sourced from xyz – who knows and will never say… and failing because of the poor quality of welding in ‘Assembly England’.

Part 2:
Nothing is Designed, R&D, etc in UK… The ONLY secondary economy jobs are ‘Assembly’ of parts from elsewhere for people/companies elsewhere.
I remember when Japan was so desperate for the Quality of British made products, they actually named Factories ‘Made in England’ etc…
Roll forward a few decades and anything Made in England is cheap tinny trash trinkets.

Bolster made of steel or light alloy?