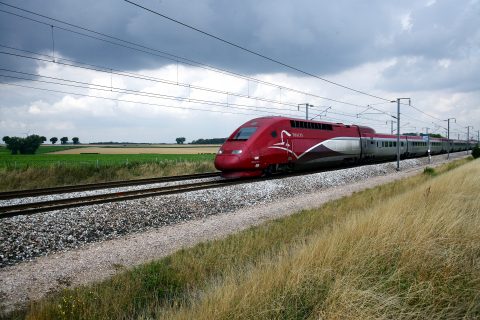 NS International and Thalys staff are threatening to go on strike if NS does not present a better offer to improve the employment conditions of conductors soon. A final offer that included a promise of higher wages was voted down by a majority of members of Dutch trade unions FNV Spoor and VVMC.

The unions will send the Dutch Railways NS an ultimatum next week. If this ultimatum is not accepted, there will be a strike, according to a VVMC spokeswoman. Besides train drivers and conductors, it also concerns support staff. According to VVMC, a total of 300 to 350 employees are involved.

The offer that was voted on is the wage offer that NS had already presented to the unions before the crisis. However, the negotiations were put on hold due to the corona crisis, after which the NS offer was submitted to the staff unchanged again last summer. The staff therefore did not agree to this.

Besides the staff on the international trains, the unions are also dissatisfied with the way in which NS is redesigning the service at the stations. The unions are also complaining about that. In a reaction, NS says it has not yet received the ultimatum and thus cannot respond to it in detail.

In Germany, railway workers of union GDL have taken action in recent weeks to enforce new wage agreements. Deutsche Bahn tried to block the ongoing strikes by going to court, but failed.