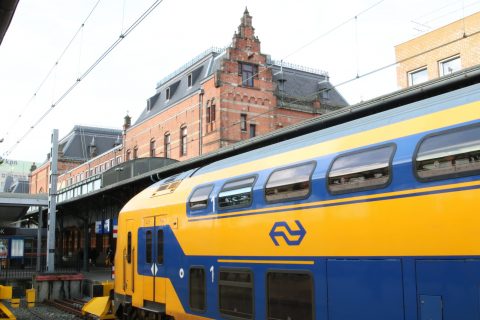 Regional transporters want to prevent Dutch Railways NS from holding the exclusive right to run trains on the Dutch main railway lines for ten years from 2025. The Dutch Mobility Companies Federation (Arriva, EBS, Transdev, QBuzz and Keolis) is preparing proceedings on the merits for the court in The Hague, reports newspaper De Telegraaf.

Last year, Mobility Company Federation FMN instituted summary proceedings before the preliminary relief judge against the private award of the main rail network concession to NS. However, the judge indicated that the Court of Justice of the EU would have to determine whether the Ministry of Infrastructure and Water Management is permitted to award the main rail network concession directly to NS. The judge therefore did not want to express an opinion on the substance of the case.

“The judge has advised the Ministry of Infrastructure and Water Management to go to the European Court of Justice to look into this matter. But there is no compulsion to do so. To prevent this, we are preparing proceedings on the merits”, a spokesperson of FMN reported to SpoorPro. The night train between Amsterdam and Vienna operated by NS and ÖBB Nightjet also resulted in a lawsuit initiated by FMN, together with AllRail and oeprator Flixtrain.

In the interview with De Telegraaf, Arriva CEO Anne Hettinga says he will do ‘everything in his power’ to prevent NS from being awarded the main rail network concession again from 2025. “It’s too crazy for words that in a democratic country the competition is excluded from bidding in advance,” he said.

In June this year, former State Secretary Van Veldhoven announced that it was not yet certain that the new main rail network concession would last another ten years. A decision on the duration will not be made until there is a concrete view of the performance that can be agreed with rail operator NS.

This summer, the European Commission urged the Netherlands to improve access to the rail market. In a letter of formal notice, the Commission called on the Netherlands to properly implement the EU Directive governing market access and rail management. This directive (2016/2370/EU) deals with the opening of the market for domestic passenger transport and the management of railway infrastructure.

Nick Brooks of industry association AllRail, which also represents FMN, previously indicated to RailTech that he was not surprised by the EU’s reprimand. According to him, double standards have been applied for 27 years. He speaks of an incredible gap between the opening of the Dutch rail market and the entry of NS into other EU markets.