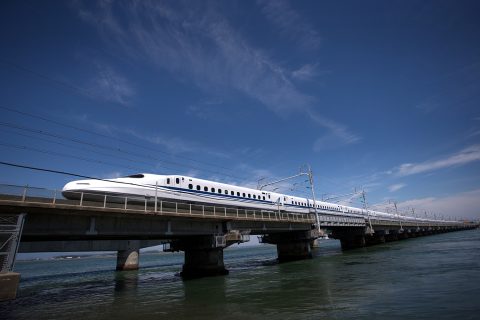 Why are there no dedicated high-speed lines in Europe and the US?

There are many 100 per cent dedicated high-speed lines in Asia, but not in Europe and the US, says Torkel Patterson, vice chairman of the International High Speed Rail Association. “It’s really about having the courage to build it”. It is difficult to build completely new lines, so the future will be to bury linear infrastructure.

In Japan, dedicated high-speed rail lines cover almost the entire country. Dedicated in this case means that the track is built for high-speed trains, and is not shared with regular or freight trains. “Japan’s Shinkansen network has millions of passengers each year, and is profitable”, says Torkel Patterson. Patterson is Vice Chairman of the International High Speed Rail Association (IHRA) and is also a board member of Central Japan Railway Co. (CJR), one of the five operators of the Shinkansen network. China also has many dedicated high-speed lines, and Taiwan has a very successful Japanese style dedicated high-speed rail system between the capital Taipei and Kaohsiung in the South.

So what is the difference between these trains in Asia and the high-speed trains in Europe, such as Thalys and Eurostar? High-speed rail such as the Shinkansen are a standalone system, on a fully dedicated line without level crossings. This is the primary reason for the Shinkansen’s safe operations, with zero fatal accidents. It runs frequent, as often as four-minute intervals at rush hours and 10 min off peak on the Tokaido line.

The high-speed rail that has developed in Europe is based upon the concept of interoperability, which allows the track to be shared with conventional, slower trains and freight trains. This emphasises using existing infrastructure to the max and expanding the network. There are parts of European high-speed lines that are dedicated for high-speed, such as the LGV-lines in France. These high-speed trains are integrated and also use conventional and shared-use tracks, mainly to go in and out of cities.

How did the Japanese network come to be? “The infrastructure in Japan was destroyed by the U.S. during World War II. The Japanese already had plans to build a bullet train before the war”, says Patterson. After the war, those plans were resurrected and they more easily could build new infrastructure.

“In 1964, when the first Shinkansen opened for the Olympics in Tokyo, it went from taking six hours from Tokyo to Osaka to four and a half with the new bullet train. Now, the trip takes two and a half hours by improving the trains and signaling systems, with essentially the same civil infrastructure.” The Shinkansen tracks have been maintained since that time, without missing a day of service apart from the occasional typhoon.

In Europe, the railways developed differently. “The European rail sector is mature, in many ways”, says Patterson. Europe had many railroads built, and many were also destroyed or damaged in World War II. However, they were rebuilt in the same way, for mixed traffic. “Europe now has much existing infrastructure, and it is difficult to build completely new dedicated lines for high-speed, since people don’t want it built through their farmland, for example.”

In democratic countries in general, building linear infrastructure is very difficult, he explains. Next to railways, this also includes pipelines, and high voltage lines. “The HS2 project in the UK also has this problem”, says Patterson. “The new Super Conducting Maglev (SCMAGLEV) train that Japan is building is going to be 85 percent tunnel for this exact reason.”

Central Japan Railway Company is currently constructing its line using SCMAGLEV technology, with levitated trains that can reach 600 kilometers per hour (operating speed is over 500 km/h). Called the Chūō Shinkansen, the line will run between Tokyo and Osaka with L0 series Maglev trains. “It will go underground through Tokyo, underground through Nagoya and underground into Osaka. It will travel high up into the mountains between Tokyo and Nagoya, to reduce costs of deep mountain tunnels. The SCMaglev can go steeper than a conventional train at high speed”, explains Patterson.

In Japan, the government decided that from 40 metres and below the surface (or ten metres below the lowest foundation), land is free if a construction project is in the national interest. “That’s how they were able to acquire the land to build the Chuo Shinkansen line. The company needed only to buy the land for above-ground stations and ventilation shafts, for example”, explains Patterson

It is an expensive project, costing 60 billion USD from Tokyo to Nagoya, and another 30 billion US dollars to Osaka. The Japanese government has agreed to loan 30 billion USD for the section from Nagoya to Osaka because it is in the government’s interest, but otherwise the project is funded and financed by CJR. “The Maglev line is planned to be opened in 2027, but it may be delayed due to the coronavirus pandemic and opposition in Shizuka prefecture for a 9 kilometre section of a 31 kilometre tunnel”, says Patterson.

But isn’t underground building too expensive to be feasible? “The construction is indeed more expensive, but if you think about the lawsuits, the people that don’t want to sell, and the construction time, it has many advantages”.

So how about the United States, why is there barely high-speed rail? Himself an American, Patterson says that “in the US, we don’t know how to do high speed rail infrastructure”. “There is a car culture, highways can be really good, depending on where you are, and going in many different directions.“

There are several projects for dedicated high-speed lines in the US being planned, such as a project to build a Japanese bullet train based on the N700S Shinkansen between Dallas and Houston in Texas. “It has its safety approval done, as well as environmental approval, and is due to start construction in 2022.” Partners of JRC are also trying to build an SCMaglev line between Washington DC and New York City, called Northeast Maglev. The first leg will be from Washington DC to Baltimore. This section is now going through the environmental and safety review process. The U.S. Congress has to date provided modest funding. The future will tell when the first dedicated high-speed line may open in the United States.

Compared to the US, Europe has a much more advanced train culture, says Patterson. “People like trains. Italy, France and Spain for example have done a great job at building out their networks. But if you have a chance like India, or Malaysia or Singapore and parts of the US to build a completely dedicated line, it might make sense to use the Japanese train. California’s high-speed rail, which is under construction, will go in and out of San Francisco and Los Angeles on existing infrastructure, so it may make more sense to use the European type of high-speed trains.”

A perfect candidate for a dedicated high-speed line is Australia, says Patterson. “In the longer term, perhaps they could start construction in 5 years if they put their mind to it.” They have great possible corridors, Sydney – Melbourne, Newcastle-Sydney-Canberra. “However, they also need to improve their intermediate speed trains, to improve their urban transport networks. In order to make high-speed trains meaningful, you have to have good connectivity.”

7 comments op “Why are there no dedicated high-speed lines in Europe and the US?”

(2) The French TGV/LGV are also based on dedicated high sped only lines and for example do not allow locomotives with normal axle weights of 22 tons. True, some TGV and Spanish high speed trains continue on slower lines to smaller towns (more so before the gradual extension of the network), and entry into the cities is mainly on older lines, unless completely new stations were built outside.
The German system with rather short high speed sections in the integrated rail grid is different.

(1) I believe the Spanish high speed rail system is pretty “dedicated”, given that it has standard gauge different to the pre-existing (large gauge) routes shared by slower passenger trains and some freight trains. In Japan, the Shinkansen also use stard gauge, contrary to the small gauge of other lines, and some slower pre-existing lines have been modified to accomodate Shinkansen trains.

I think the question that has been raised is too technical. Transportation is a service, and for every product or service, the costs & user benefits are essential. Transportation users don’t care about the undelying technology or engineering principles. So a “dedicated high speed line” is a railway technical subsystem perspective. But what really matters is a balanced customer attractiveness in terms of performance, costs and operating profitability.

This almost seems like a lobbying piece for CJRC and misses the point around HSR networks completely. There are a few points that need to be considered here:
1) The author and the IHRA Vice Chairman’s claims that only Asian HSR networks are 100% dedicated is not correct. As Joachim mentioned, the French LGV lines as well as most parts of the Spanish + Italian HSR lines are nearly 100% dedicated but were built within pre-existing networks. Japan’s railway network was nearly inexistent…

.. continued 1) prior to the 1960’s, when Japan decided to adopt a European-based technology model and prioritised high-speed lines to re-build their networks. The other Asian network that would be comparable (China) has been completely built over the past 20 years. So we are comparing apples to pears in this situation.
2) HSR takes a significant amount of manpower and investment to build, with returns on investment typically taking anywhere between 10-20 years, depending on the network layout.

… continued 2) and this is after a 10-20 year construction period, depending on the size and complexity of the network in hand.

HSR can and should be built but it is not the silver bullet solution to all inter-city problems. It needs to be well integrated into a larger railway/mobility network for its benefits to be fully reaped & felt. Otherwise expensive white elephant projects deviate resources from other potentially beneficial solutions.

The French LGVs are exclusively for high-speed. All trains run at the same speed.
The same goes for the German Frankfurt-Cologne line and several others.

To the best of my knowledge, no other traffic ever comes onto these rails. And isn’t that the definition of “dedicated”?

PS: Lumping the US and Europe into the same group is just plain silly. The US has never run any trains at 300km/hr; Europe runs massive numbers of trains, every day, cruising at this speed.