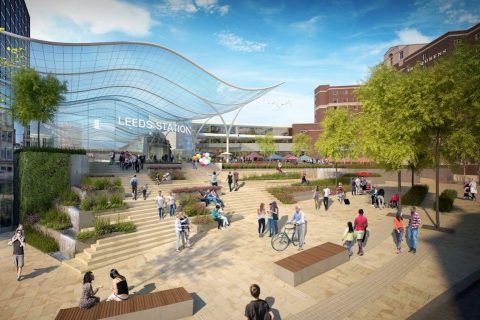 HS2 to Yorkshire could be axed

The UK high speed rail network may never reach the north of England. A widely-reported leak from a source close to the UK government says that the HS2 project may never get beyond Manchester, and could even be terminated at Birmingham.

Claims published in the UK press over the weekend have cast doubt on the future extension of the HS2 project. Leaks, attributed to an anonymous source within Whitehall, the administrative heart of the government, say ‘everyone knows the truth’ and that the eastern leg, connecting Birmingham to the northern cities of Sheffield and Leeds will be cancelled, primarily due to budget overruns.

Several UK newspapers have carried reports, claiming to be from within the civil-service administration of the UK government, commonly referred to as Whitehall, saying the eastern leg of HS2 (Phase 2b) is about to be formally shelved. They say that the cutback would save 40 billion pounds (about 44 billion euros) from the current budget estimate of more than 100 billion pounds (111 billion euros).

The project, distinct from HS2 Limited – the company formed to deliver the railway, has been continually criticised for the expense and for poor leadership from the government. The Oakervee Review on the project, commissioned by the London government, proved highly divisive. The deputy chair of the report, Lord Berkeley resigned over the published findings.

Vital to the economy

In July of this year, the government in London instructed HS2 Limited to halt preparatory work on the ‘eastern leg’, between Birmingham and Leeds. Design staff have continued to work on plans for the Birmingham – Manchester ‘western leg’ – although there have been no civil engineering undertakings by HS2 Ltd, other than the London – Birmingham ‘Phase One’ section. Work progresses along the entire 140 miles (224 km) core section, from Euston and Old Oak Common in London to Solihull and Curzon Street in Birmingham.

Work has however be started independently in Leeds. A civic project, budgeted at around 500 million pounds (550 million euros), would have the HS2 station as the focal point of a city regeneration scheme. The over-arching local authority plan pins its foundations for economic growth on the HS2 project. “Our region is growing and HS2 is vital to support the next steps in transforming our economy”, says their statement.

Many civic leaders have expressed dismay, over one or other aspects of the project. It is however in Leeds that the latest news has been received with the most rancour. The leader of Leeds city council, James Lewis, said a decade of planning was now put at risk. “I will be hugely disappointed if we are back to the drawing board,” he told local media. “The constant pipeline of projects in London moving forward suggests that levelling up isn’t in operation.”

Henri Murison, the director of the Northern Powerhouse Partnership, which speaks for a broad coalition of business interests in the north of England, gave a broader but equally dismayed response. “Without the western and eastern legs to Manchester and Sheffield on to Leeds as well as into north-east England, the whole of HS2 will be undermined in achieving its full economic benefits”, he told UK press outlets.

Invest in levelling up

Critics have long voiced concerns over the project. Many voices called for HS2 construction to begin in the north. They say that strategy would have ensured its completion. It would also help answer the government’s pledge to ‘level up’ the economy of the country by investing in development away from the over-heated south east and London.

Government sources refute the claims made in the press. A spokesperson for the Department for Transport has said that the eastern leg has not been shelved. They pointed to the forthcoming but delayed ‘integrated rail plan’ which they say will outline the way ahead for major rail projects, including the northern legs of HS2 to Manchester and Leeds.

When it opens, HS2 will relieve the West Coast Main Line – currently the busiest mixed-traffic route in Europe. The Eastern Leg to Leeds would provide similar relief to the East Coast Main Line, particularly the southern section.