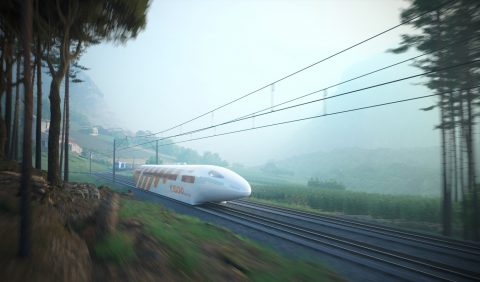 Italy to study feasibility of Magrail

Magrail pioneer Nevomo will collaborate with Italian infrastructure manager RFI. The companies signed a MoU ast week to study the potential of the Magrail system. It will be an important step to see if this innovative technology – that is still in its development phase – is feasible for the railway market.

The year-long collaborative agreement is focused on sharing knowledge and analysing the Italian railway network to assess the technical and economic feasibility of implementing Magrail technology on selected routes. Magrail is a new magnetic levitation transport system to be integrated with existing railway lines, without needing to build new infrastructure.

To further test and validate the technology, the two companies will apply for funding from the EU to conduct the first full-scale Magrail system pilot on a RFI test track in Bologna San Donat. This should be the last stage of testing, which is expected to trigger the conformity assessment procedures needed to implement the Magrail technology commercially, according to Nevomo.

“Our earlier preliminary feasibility study of Magrail technology, conducted in cooperation with our partner IDOM, shows that the benefits of implementing Magrail technology will be significant – both in economic and social terms”, says Przemek Paczek, CEO and co-founder of Nevomo. “We are extremely happy that RFI, one of the European leaders in adopting advanced technological railway solutions, has placed its trust in us”, he adds.

Nevomo is also working together with a Polish partner, where it will build a test track of 750 metres starting this summer. The Polish-Swiss technology company began as start-up Hyper Poland in 2017. Their goal is to gradually implement hyperloop-inspired solutions to improve the rail industry.

Magrail technology will enable the introduction of a new mode of propulsion with linear motors and a new interface between newly designed vehicles and the infrastructure, based on frictionless magnetic levitation. It will allow for interchangeable operations of conventional railway rolling stock, as well as new, faster, magnetic-levitating vehicles on the same line. The levitating vehicles, taking advantage of the new technology, will benefit from an increase in speed. According to the hypotheses under study, they could reach up to be 75 percent faster than regular rolling stock on the same route.