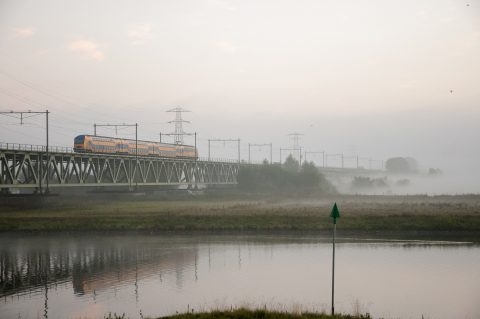 The European Commission asks Denmark and the Netherlands to correctly transpose EU rules on market opening and infrastructure governance. The Commission started an infringement procedure against the countries with a letter of formal notice. Denmark was also sent a letter of formal notice for incorrectly applying EU rules on the Single European Railway Area. Luxembourg was reprimanded for lack of national measures ensuring that rail operators have contingency plans in case of major disruptions.

The Commission decided last week to send a letter of formal notice to Denmark and to the Netherlands regarding their incorrect transposition of Directive 2016/2370/EU. This Directive involves the opening of the market for domestic passenger transport services by rail, and the governance of railway infrastructure. The content of the letters are not openly available. As it is an ongoing case, no information on the details of the Commission’s arguments can be provided, according to a press a spokesperson.

The EU Directive establishes a general right for railway undertakings established in one Member State to operate all types of passenger services anywhere in the EU, and it strengthens rules regarding the impartiality of infrastructure managers. Denmark and the Netherlands now have two months to reply to the arguments raised by the Commission. Otherwise, the Commission may send a reasoned opinion.

An infringement procedure starts with a letter of formal notice, by which the Commission allows the Member State to present its views regarding the breach observed. If no reply to the letter of formal notice is received, or if the observations presented by the Member State in reply to that notice cannot be considered satisfactory, the Commission will move to the next stage of infringement procedure, which is the reasoned opinion, a formal request to comply with EU law. If necessary, the Commission will then refer the case to the Court of Justice.

In the same round of infringement decisions, the Commission has sent a letter of formal notice to Denmark for incorrectly applying EU rules on the Single European Railway Area. The rules are defined in Directive 2012/34/EU, which aims to create a single European rail area, notably on competition issues, regulatory oversight and financial architecture of the railway sector, the power of national regulators, improved framework for investment in rail, and fair and non-discriminatory access to rail infrastructure and rail related services.

Denmark has ‘failed to fully transpose the Directive’s provisions’, and it now has two months to reply to the arguments raised by the Commission. In the absence of a satisfactory response, the Commission may decide to send a reasoned opinion.

In addition, the Commission decided to send the second step of the infringement procedure, a reasoned opinion, to Luxembourg regarding the transposition of EU Directive 2016/2370 on the opening of the market for domestic passenger transport services by rail, and the governance of railway infrastructure. According to Article 13a(3) of this Directive, Member States shall require railway undertakings operating passenger services to put in place contingency plans, and shall ensure that these contingency plans are properly coordinated to provide assistance to passengers, in the event of a major disruption to services.

Luxembourg has not communicated national measures that transpose this Article. Therefore, the Commission is taking action against Luxembourg to ensure that transposed national measures cover the full scope of the Directive. Luxemburg now has two months to reply. In the absence of a satisfactory response, the Commission may refer it to the Court of Justice.