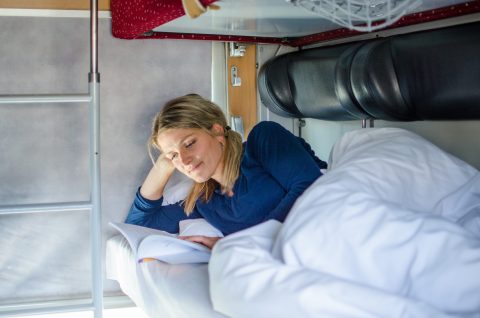 Share-funding European Sleeper a success: sold out in 15 minutes

The shares of night train start-up European Sleeper went up for sale on May 27, and were all sold out in just 15 minutes. The Dutch night train initiative will run sleeper trains between Brussels, Amsterdam, Berlin and Prague, working together with operator RegioJet.

“The interest was so overwhelming that we are considering an accelerated implementation of new routes and the purchase of modernised carriages”, said founders Chris Engelsman and Elmer van Buuren in an announcement. “Once again, it has become apparent that travellers in Europe want to travel by night train again and that there is broad support for new initiatives.”

European Sleeper aims to run a night train between Prague and Brussels starting april 2022, using equipment of Czech-based operator RegioJet. The night train is planned to departure in Prague at the beginning of the evening, so that it arrives in Brussels in the morning. The goal is to initially run the night train three times a week, and then scale it up to a daily connection.

According to the start-up, more than 350 investors from home and abroad reserved shares last month. This not only resulted in starting capital of half a million euros, but also support for the near future. “Besides this start-up capital, we now also have more than 350 enthusiastic investors on board, who can act as fans and ambassadors in the coming years and who want to think along with the development of the company”, European Sleeper said.

“We are a cooperative, so large investors become members and have control over the strategy. Smaller investors don’t have that, but we will certainly ask for their input and ideas”, Van Buuren earlier said in an interview.

Interested in night trains? A special RailTech digital magazine on ‘Night trains in Europe’  is out now.