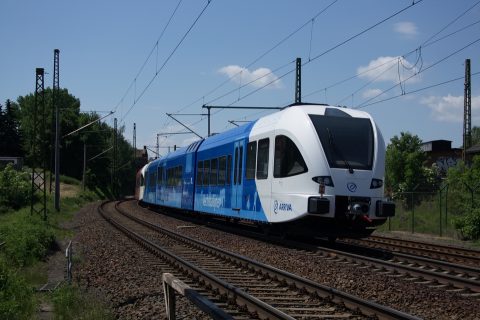 Arriva has submitted an application in the Netherlands to run two night trains to Amsterdam from 2023, one from Groningen and one from Maastricht. The rail operator wants to compete with Dutch Railways NS on the main rail network.

With the application, Arriva is invoking European legislation that allows open access connections on the railways from 2021. This leaves room for the market to offer new connections and provide more service to the traveller.

“We are gnawing at the monopoly position of NS since forever”, said general director Anne Hettinga to newspaper NRC. “This step shows how we view the future of rail. I am happy with Europe; this cabinet has done everything it can to push back liberalisation of the railways.”

Since this year, it is possible for operators to offer rail transport services at their own risk and without government concession, the so-called train transport based on open access. With these train services, Arriva, a subsidiary of Deutsche Bahn, is responding to the growing demand for sustainable transport and the great desire for more national and international night trains.

Arriva wants to connect the northern and southern regions with Amsterdam by offering a night train on two routes. A train departs from Maastricht in the south at 01.00 am to Schiphol Airport. Via Sittard, Roermond, Weert, Eindhoven, Den Bosch, Utrecht, Amsterdam Bijlmer Arena and Amsterdam South, it arrives at Schiphol just before 5.30 am. The train will return between 05:30 and 07:45 via the same route.

Another train should depart from Groningen in the north for Schiphol just before 2 a.m. It stops at the stations Assen, Zwolle, Lelystad, Almere, Amsterdam South and arrives at Schiphol at 4 a.m. Just after 5 a.m. the train leaves Schiphol again to transport early travellers to the north.

Arriva initially wants to run the night trains once a week from Friday to Saturday night. If this is a success, more routes and rides may follow. In addition to the night journeys, Arriva has submitted an application to drive directly from the regional concession Zutphen – Apeldoorn to Amersfoort during off-peak hours. Arriva thus offers the traveller an extra direct connection from the regional railway.