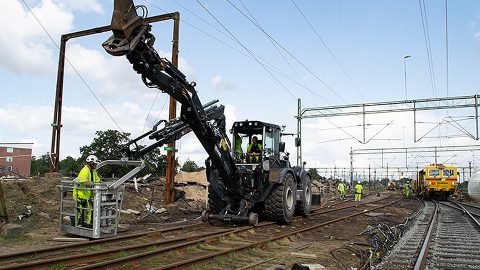 The Swedish Transport Administration’s railway project at Maland outside Sundsvall, which should start early May, risks being delayed. The reason is that a late appeal got stuck in the Administrative Court’s spam filter. It is unclear when the works, which should mainly improve freight traffic in the area, will start.

The new railway in Maland, on the coast in central Sweden, will connect the Ådal line with the port of Sundsvall, and is mainly aimed at smoother and more freight transport in the Sundsvall area. The railway connection means that the trains do not have to go to Timrå C to turn and change tracks. It is one of several important investments in the development of an efficient transport hub, with connections between road, rail and shipping in the Tunadal – Korsta – Ortviken area.

The plan was that the contractor assigned to the project would start construction in early May. Now the start of construction risks being delayed when the Administrative Court decided that ‘the agreement between the Swedish Transport Administration and Svevia may not be fulfilled until something else has been decided’. The appeal that was received was sent in time, but  got stuck in a spam filter. The court then reopened the case with the appeal.

Trafikverket does not know what will happen or when the construction can start. Håkan Åberg.”Our ambition is to come to a solution as soon as possible. Our assessment is that we can cope with a certain delay, but with each passing week, the margin shrinks so that the entire project’s end time is affected”.