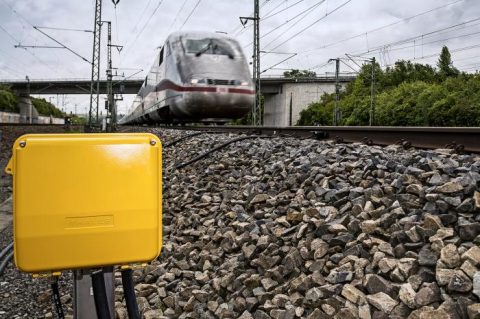 Technology company Thales will digitise the train signalling system for Deutsche Bahn (DB) in the Stuttgart region. The job is part of the railway company’s Digital Rail Germany programme and should allow capacity expansion without the construction of additional track.

The agreement with Deutsche Bahn represents a value of some 127 million euros and includes, in addition to the construction of a digital signalling system, the installation of the European Train Control System (ETCS). As part of the preparatory work, Thales will install over 6,000 electronic kilometre markers, more than 1,300 axle counters and some 650 point machines.

In addition, Thales will prepare for the realisation of the Automatic Train Operation trackside system (ATO-TS). ATO, together with ECTS and a digital signalling system (DSTW), forms the foundation of DB’s Digital Rail Germany programme in the Stuttgart region.

Thales expects to be able to increase the capacity of the existing infrastructure in and around Stuttgart by 20 percent with the digitisation job. This not only improves passenger transport, but also freight transport on the same rail.

The Digital Rail Germany programme aims to make Stuttgart the first so-called digital rail hub in Germany. Until 2023, the federal government has reserved an amount of 570 million euros for this. The track in the metropolitan region should be digitised by 2025, the track in the surrounding region five years later.

The high-speed line between Cologne and Frankfurt and the Scandinavian-Mediterranean rail freight corridor should also be digitised by 2030.