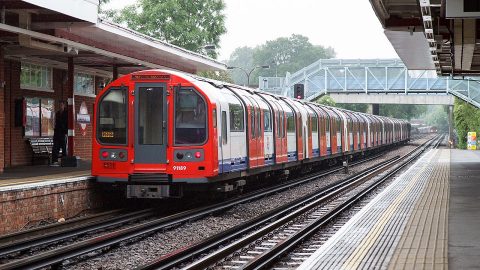 London Underground to be powered with green energy

The London Underground, the world’s first metro network, will become an innovator in the energy-consuming policy. Instead of using conventional electricity, it will be powered with solar and wind energy. The city authorities plan to implement this shift by 2030.

Transport for London (TfL) has recently embarked on a market test for purchasing renewable energy directly from generators. This procurement is in line with the ambitions of Sadiq Khan, the Mayor of London, to make the British capital and its transport zero-carbon by 2030. “By developing plans to purchase power from renewable generators through Power Purchase Agreements (PPAs), TfL would enable the rail network to be supplied by energy sources including wind and solar power, rather than a mix of power generators that emit carbon into the atmosphere,” the Greater London Authority (GLA) stated.

TfL is one of the largest energy consumers in the United Kingdom and the largest one in London. Annually, it uses 1.6 terawatt-hours of energy, which is equivalent to the volume consumed by more than 437,000 homes (or 12 per cent of homes in London). TfL currently sources electricity directly from the National Grid via the Crown Commercial Service. The city authorities intend to meet at least 10 per cent of TfL’s demand with the help of green energy by Spring 2022.

If the experiment is successful, the other GLA entities including London Fire Commissioner and Mayor’s Office for Policing and Crime will follow the example. “As one of the largest electricity consumers in the UK, we have a duty to explore fully the contribution that renewable energy can make to running our services. This early market engagement will help us better understand generator preferences, their impact on price and their ability to de-carbonise our future power requirements,” Lilli Matson, Chief Safety, Health and Environment Officer at TfL, said.

In addition to consuming zero-emission energy, TfL is implementing other innovations in the London Underground, also nicknamed as the Tube. At the beginning of March, there was launched the Bunhill 2 Energy Centre in Islington, which was constructed on the site of a disused Tube’s station. Its key feature is to heat the buildings, more than 800 homes, two leisure centres and a school, with waste heat from the London Underground. The new centre has a capacity, which is enough to heat up to 2,200 homes. Moreover, its two-metre fan, installed in an existing six-storey London Underground mid-tunnel ventilation shaft, can also be reversed to help with cooling the Tube tunnels in the summer months.