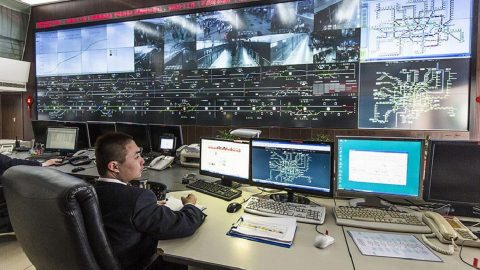 French technology group Thales is continuing to improve metro networks in Asia. It will deploy its SelTrac communication-based train control system on the metro lines in South Korea, China and Turkey. The CBTC solution allows public transport companies to enhance performance and safety as well as to reduce the life-cycle costs.

Thales has succeeded to conclude three signalling deals in Asia almost at the same time. One contract concerns the modernisation of the existing metro line while two others refer to the brand new lines. The first deal will be implemented in South Korea. Thales will install new signalling equipment on the Incheon Line 2 of the Seoul Metropolitan Subway.

Together with the South Korean partner DaeaTi, the French supplier will increase the capacity of the Incheon Line 2 depot for parking six new driverless metro trains. The vehicles will be delivered in 2021 and will be equipped with the Thales On-Board Vehicle Controller (VOBC). This option was defined by another agreement signed last year.

Two other contracts concern the planned metro lines in Turkey and China: Line M10 in Istanbul and Line 4 in Nanchang. Line M10 of Istanbul Metro was designed as the branch extension of Line M4 Kadıköy–Tavşantepe, which is already equipped with SelTrac solution. The new route will have a length of 7.5 kilometres and will include four stations. It will provide a reliable metro connection to Sabiha Gokcen International Airport, the second-busiest airport in Turkey on the Asian side of Istanbul. Currently, the way to the airport is available only via the city congested roads.

As for the Chinese project, it refers to the first phase of Line 4 of Nanchang Metro. This deal will be fulfilled by Thales in a partnership with Shanghai Electric. The planned route will run from Baimashan station to Yuweizhou station in order to connect five districts of Nanchang. It will have 29 stations and a total operating length of 39.6 kilometres, more than 34 kilometres of them will be placed underground. As a result, the new line will become the longest route in Nanchang Metro.