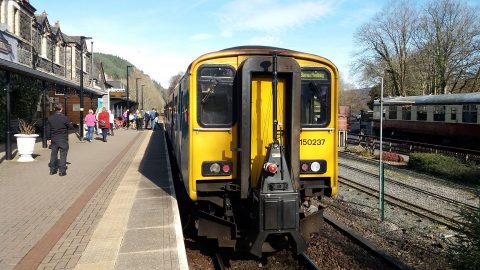 Dutch technology company Fugro is expanding its activities in the UK rail market. Its RILA survey system has been approved by the country’s infrastructure manager Network Rail for measuring the platform gauges. With this solution, the Dutch company makes the digital surveys of the railway routes.

Network Rail has been using Fugro’s RILA system for infrastructure monitoring since 2013. Now, the options of the Dutch solution have been expanded for platform gauging. This indicator shows the clearance distance between the train and the platform edge. After getting the approval, the railway engineers will be able to make further use of the already comprehensive RILA dataset and opens the possibility for more detailed analysis to fully define the radii of curved platforms. It is important in introducing the new rolling stock.

“The approval of Fugro RILA for platform gauging is testament to the benefits it provides in terms of improved safety levels and enabling gauging data to be delivered faster and significantly cheaper than conventional ground survey methods,” noted Jeroen Huiskamp, Fugro Global Director Rail.

With the RILA System, Fugro inspects the railway tracks by measuring track geometry, bed thickness, ballast quality, vegetation analysis and so on. To collect the data, the Dutch company use convenient regular trains. They are equipped with a suite of train mounted sensors and integrated video system. Such an approach allows Network Rail to monitor the rain infrastructure without interrupting the train traffic.

“RILA helps reduce the requirement for manual surveying, and the associated reduction in risk to staff is a clear benefit. We are always looking for new ways to continuously improve every stage of the gauging process and are keen to continue working with Fugro in the future to benefit from these innovations,” added James Sweeney, Senior Engineer at Network Rail. Fugro made its first survey in the UK on the Southport-Wigan-Manchester Airport line, North West England. As of today, over 40 per cent of the British railway network has been already captured with the RILA solution.