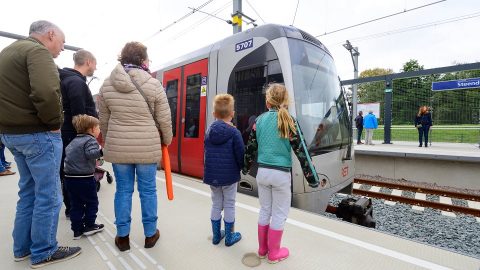 Line B of Rotterdam Metro received a new extension linking the western parts of the Rotterdam – The Hague metropolitan area with the city core of Rotterdam. The new addendum is available for passengers from Monday, 30 September. It was provided by the conversion of the conventional railway between Schiedam and Hoek van Holland, also called the Hoekse Lijn.

It was Saturday, 28 September, when the open day of the Hoekse Lijn took place. The passengers were able to use the metro trains from 12:00 to 20:00 for free. Also, the official presentation was held at Steendijkpolder metro station, a brand new facility constructed in the city of Maassluis within the conversion project. Today, on 30 September, the new extension has been open for the regular service. It allows the passengers to travel from the town of Hook of Holland to the centre of Rotterdam in 35 minutes.

The conversion of the Schiedam – Hoek van Holland railway started two years ago, in April 2017. Initially, it was expected to upgrade the line for five months and for 370 million Euros. However, the works lasted for a much longer period and eventually cost by 90 million Euros more than the initial calculations. There are two main reasons for the delay. The first one is the complexity of infrastructure: the route of Hoekse Lijn is full of wires and cables to be replaced or upgraded. Moreover, some level crossings should be replaced with the bridges. 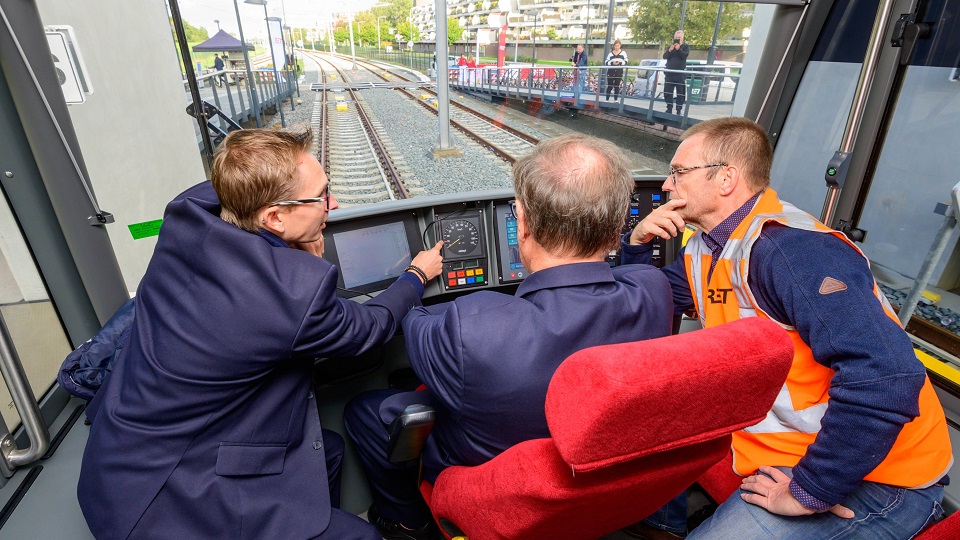 In spite of conversion to the metro route, the Hoekse Lijn will continue to partly serve the rail freight transportation. This created additional problems with the software. The test rides have unveiled some errors in the safety system. To fix them, more trials were needed to run. As a result, the public transport operator Rotterdamse Elektrische Tram (RET) carried out approximately 160,000 kilometres of test drives.

The 24-kilometre Schiedam – Hoek van Holland railway was constructed in 1893. It is located on the elevated water-retaining dyke that includes several locks. The route was electrified in 1935. Before 1994 when the Eurotunnel was open, the Hoekse Lijn was an important connection the European mainland and the United Kingdom. At Hoek van Holland station, travellers changed the international trains to ferries heading to Harwich in England.

After launching the Eurotunnel, the Hoekse Lijn was being used only for commuter service between Rotterdam Centraal station and Maassluis West station (now a metro station) provided by Nederlandse Spoorwegen (NS). During the conversion, the latter was replaced with the rail-replacement bus service. According to the RET’s estimations, the passenger traffic of the Schiedam – Hoek van Holland railway will increase by 40 per cent within a few years compared to the NS commuter service.