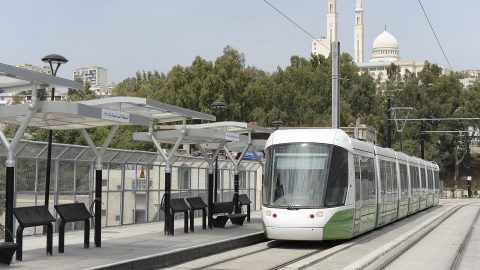 The Constantine tram network in Algeria has been extended with a 6.9-kilometre section. It connects the existing station of Zouaghi with the new city of Ali Mendjeli, closely located to Constantine. The future 3.4-kilometre extension will provide the link to the Constantine 2 University, also situated in Ali Mendjeli.

The project is performed by a consortium of Alstom (consortium leader) and Cosider Travaux Publics according to the 2015 contract. The French technology company provided the integrated system, tracks, catenaries, telecommunication and signalling systems, substations and ticketing equipment. The other participant of the consortium was responsible for construction works. After opening the current and planned extensions, the Constantine tram network will have more than 18 kilometres long.

The tram system in Constantine was launched in July 2013. Currently, the network consists of one line with 8.1 kilometres long. Around 30,000 passengers per day use the trams in Constantine. There are 20 Citadis low-floor vehicles running in the city. They were produced at the Alstom facility in Annaba, Algeria. The French company plans to deliver another 24 new trams to Constantine.

Algeria plays an important role in developing Alstom business in Africa. The country has six tram systems: Algiers, Constantine, Oran, Ouargla, Sétif, Sidi Bel Abbès. All of them are situated in the coastal part of Algeria and were developed by Alstom and its partners. These networks were opened in a period from 2011 to 2018. Last year the tram lines were launched in Ouargla and Sétif. Alstom has supplied more than 150 Citadis trams to these cities. The systems are owned by EMA (Entreprise du Métro d’Alger) and operated by the French public transport company RATP Dev.