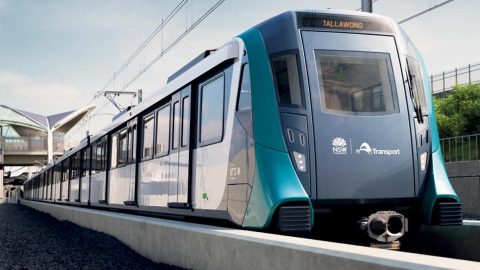 The first 36-kilometre section of the metro system was inaugurated in Sydney on 26 May. More than 90 thousand passengers used the driverless trains in the first six hours. Sydney Metro is the first metro network in Australia.

The metro service was free of charge during the opening day. Otherwise, the ticket price depends on travel distance, time and purchase of the Opal card. The basic tariff for a journey up to 10 kilometres is 4.40 Australian Dollars (2.72 Euros). For Opal cardholders, the price is 3.54 Australian Dollars in peak hours (2.19 Euros) and 2.47 in off-peak time (1.53 Euros). To ride the entire 36-kilometre route is worth 8.20 Australian Dollars, 6.76 or 4.73 Australian Dollars respectively (5.07, 4.18, 2.93 Euros). The opened section consists of 13 stations and a depot.

Sydney Metro is served by 22 six-car Metropolis trains being delivered by Alstom. The French company also installed Urbalis 400 CBTC signalling systems. Alstom will maintain the trains, signalling systems, equipment and a depot during the 15-year period. “The fully automated driverless metro is a first for Australia and will provide a step-change for the commuters of Sydney,” said Ling Fang, Senior Vice-President for Alstom in Asia-Pacific. The vehicles have run more than 180 thousand kilometres of test rides before the launch of regular service. Each train has three double-doors per car, large windows, ambient LED lighting, video surveillance, emergency intercoms and real-time travel information.

The launched section of Sydney Metro connects northwestern regions of the most populous city in Australia. The network is operated by Metro Trains Sydney consortium, a joint venture formed by MTR Corporation, John Holland and UGL Rail. The route will be extended with the 30-kilometre section that will reach the city centre by 2024. The construction has started in 2017. Transport for New South Wales also considers other options to develop the network.