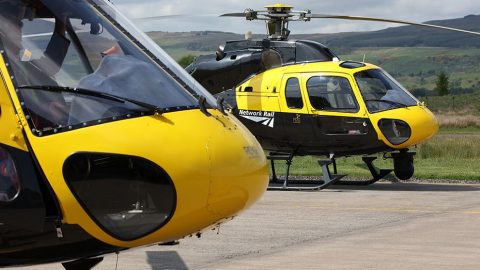 British infrastructure manager Network Rail provides condition monitoring of railway tracks with the help of helicopters. The air vehicles allow the company to cover large areas in a short amount of time, identify the smallest faults, minimise delays for passengers and railway undertakings as well as reduce costs for track maintenance. The potential cost savings are estimated at 1 billion Pounds (around 1.16 billion Euros).

The helicopters inspect the rail infrastructure across the United Kingdom and especially in Greater London. The vehicles use cameras for aerial pictures, a laser scan for providing an accurate map of all the conditions and special equipment for thermal imaging. This year the helicopters will be equipped with hyperspectral sensors to detect light waves and monitor the plants close to tracks.

The aerial photos are available to all Network Rail staff. “Our mantra is fly it once and use many times,” said Chris Ashworth, a national aerial survey specialist at Network Rail. The infrastructure manager uses the images for various purposes from essential maintenance of overhead line equipment to vegetation management and earthworks. The company considers aerial images as invaluable in planning projects.

Network Rail has launched an air monitoring project a decade ago. The rail infrastructure manager uses two helicopters Eurocopter AS355 Écureuil 2 of the British airline PDG Aviation Services specialised in aerial survey. The vehicles were modified and equipped with special equipment for aerial surveys. They make around 300 flights a year to inspect the tracks and produce 360,000 aerial images per year. The aerial data are used to prevent issues before they arise and reduce the chances of delays to train services. 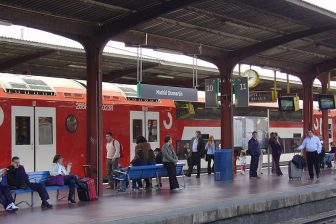