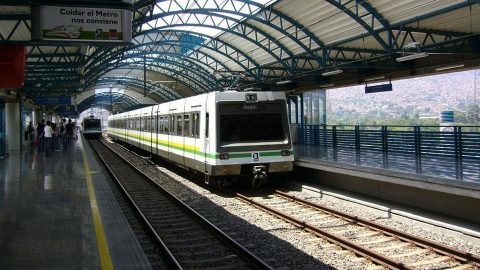 Siemens Mobility will modernise the signalling system of the Medellín metro, the only subway system in Colombia. The German company will install its advanced rail signalling technology on Line A and the Patio de Bello depot that serves the city’s metro network. The deal is worth 42 million Euros.

The Colombian contract includes the system design, implementation and certification for the wayside system. Siemens Mobility will also optimise the interaction between the existing onboard system with the wayside system infrastructure. The project will be completed in 2021.

“We are proud to be delivering intelligent infrastructure to Medellin, Colombia’s second largest city. Building on our relationship with the transit operator that started more than two decades ago, we are confident that this new system will increase capacity on the line and provide a safer passenger experience”, the CEO of Siemens Mobility Michael Peter said.

The installation of a new signalling system will take place at night in order to provide normal operation of the line throughout the day. Siemens Mobility will supply the latest generation Westrace MKII interlockings, modernise the LZB automated train control system, replace the railway signals with LED technology and upgrade the communications and energy installations. The new Patio Bello Westrace MK2 interlocking will control a total of 111 track circuits, 58 point machines and 72 signals. It will be fitted with a specific Local Control system.

The Medellín metro was launched in 1995. It consists of two lines and has a total length of 31.3 kilometres. Line A has 25.8 kilometres long and includes 21 stations. The Medellín metro serves around one million passengers per day. It is considered as one of the most avant-garde metro stations in Latin America.