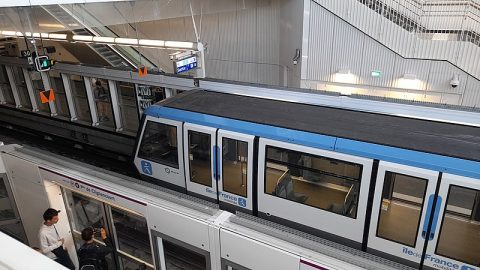 Since this week, passengers on metro line 4 in Paris can board fully automated metros. Equipped by Siemens Mobility, four automated vehicles with CBTC signaling at GoA 4 have entered service, and more will be gradually integrated in the regular service. By the end of 2023, only automatic shuttles will run on the line.

The automation makes it possible that the intervals between the metro trains are reduced from 105 to 85 seconds. With this, the transport capacity can be increased. Other advantages include real-time adaptation of the service, increased safety and regularity, and more staff on the ground at the service of passengers, says operator RATP. Also, the traction energy consumption should be reduced by up to 15 percent once fully automated.

Working towards automation since 2016

Extensive work has been carried out since 2016, without any major interruption to traffic, according to RATP.  Siemens Mobility equipped the tracks, the technical premises and the 52 automatic shuttles that will run on Line 4 with its digitalised systems and CBTC signaling. 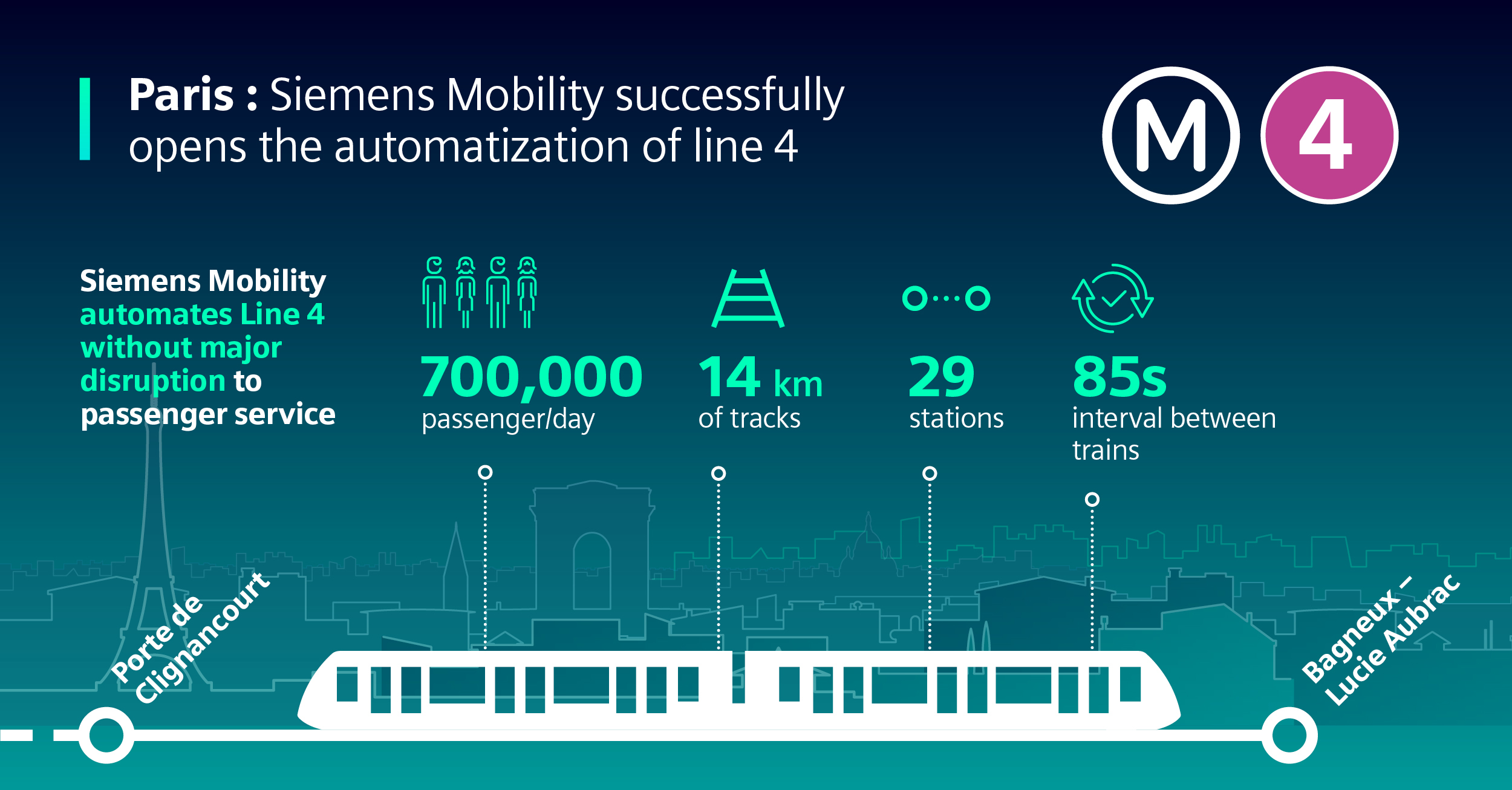 Siemens Mobility also supplied the equipment and software for the Operation Central Command (OCC) which was finished in partnership with the Atos – Colas Rail consortium in 2020. The OCC manages the signaling system and the traction power supply, as well as interfacing with the on-board and trackside systems. Line 4 will operate three generations of automatic rolling stock (MP89 and MP05 automatic driving from line 14 as well as the new MP14, developed by Alstom).

“This truly modern system increases the reliability and availability of service, which will deliver an enhanced passenger experience for the 700k daily riders of Line 4”, said Michael Peters, CEO of Siemens Mobility.

From mid-June 2022, tests of the functionalities began without passengers. The proper functioning of the train driving, command and control system were tested during off-peak hours, in full automatic mode, but with an RATP supervisor present.

In order to accommodate the automatic rolling stock, the platforms were raised and reinforced while maintaining traffic. This allowed the installation of more than five kilometres of platform doors on the 29 stations of the extended line to guarantee enhanced safety. These facades incorporate real-time information screens, displaying the waiting times for the next two trains as well as traffic-related messages to passengers.

Automation of the Île-de-France Mobilités network

The automation of Paris’ metro line 4 comes after that of line 1. Line 14 was already automated when it was built in 1998. The future lines 15, 16, 17 and 18 will also be automatic as soon as they enter service. Île-de-France Mobilités will analyse the other metro lines in order to identify the most promising potential candidates for automation and launch more in-depth studies, for example concerning line 13 of the Paris metro.

Next to the modernisation in signalling, line 4 was extended to Bagneux in January 2022 with the opening of two new Barbara and Bagneux-Lucie Aubrac stations.