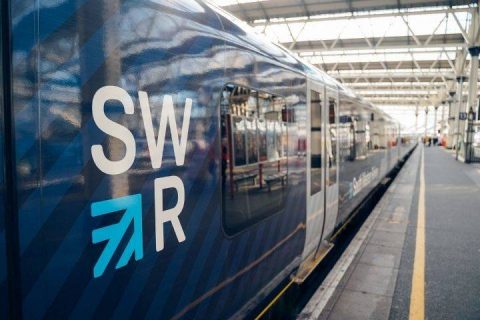 Algorithm to reduce train delays developed in the UK

A smart algorithm to detect delays automatically on the tracks was developed by researchers at the University of Portsmouth with South Western Railway.

The algorithm was developed via a two-year knowledge transfer partnership (KTP), funded by Innovate UK, a public body funded by the UK government. The tool is currently being used within the South Western Railway (SWR) Control Centre, which is responsible for controlling the movement of trains across the UK network.

“Together we have developed a system which improves the speed to response to recover late running, learn from and continuously improve SWR customer’s experience”, states Chris Prior, Head of Control Projects at South Western Railway (SWR). Earlier this year, the operator also started testing a real-time train occupancy tool for their trains.

Minimising disruption to rail travel is challenging with more than 1,700 trains operating on South Western Railway’s rail network across Southern England daily. It is difficult for controllers to detect delays promptly, says SWR. This leads to further delays in selecting contingency plans.

Despite large increases in passenger numbers, trains and crews, rail operators have been using the same systems and technology for decades. To develop the algorithm, university researchers automatically analysed data to determine the point of delay. They also identify which trains would be affected and select the appropriate contingency plans to get the services back on track. The intelligent tool is designed with machine learning techniques to reduce the time to analyse and process this data.

Professor Chris Simms, academic lead of the partnership, said: “Automatic detection of delays represents the future of the rail sector. This project has made an important first step in realising the potential represented by machine learning to mitigate railway delays.”