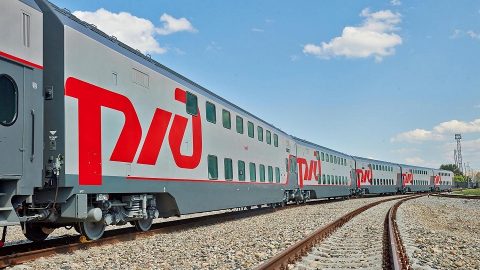 The modernised network covers one of the most heavily used railway sections, Russia’s Far Eastern region, as well as a section between Yekaterinburg and Moscow. The backbone segment of the new high-speed network has a bandwidth of 10 Gbps.

The increased capacity of the Russian Railways’ technological network makes it possible to transfer large amounts of data by corporate information systems and data processing centres and has many other advantages. Russian Railways plans to increase the speed of transmitted information for all railway stations and points of presence of personnel of the railways’ departments.

“This is a landmark event not only at Russian Railways, but also across the entire transport industry”, says Evgeny Charkin, Deputy Managing Director of Russian Railways. “A large-scale digital transformation at Russian Railways is impossible without creating a modern, technical eco-system for the implementation of IT services and data transmission media”.

Strengthening the network infrastructure will contribute to the creation of a transport platform for the implementation of the Internet of Things technology. At the moment, the high-speed network includes about 1.5 thousand communication nodes, and in 2021 this number is expected to increase by more than 4.1 thousand units.

New communication centers are currently being built on the Krasnoyarsk, West Siberian, Sverdlovsk, South Ural, Kuibyshev ,Gorky and Moscow railways. The network is planned to be deployed in Oktyabrskaya, North Caucasian and South-Eastern railways.