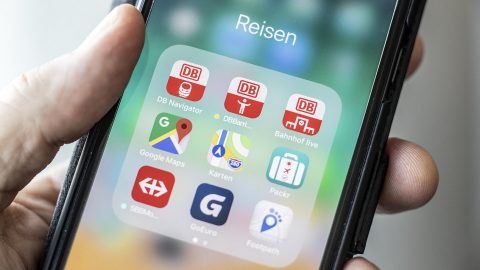 German national railway company Deutsche Bahn has recognised wi-fi connection as a basic need for travellers. To this end, it launched a major investment programme to provide this option at more than 130 stations and in around 200 regional trains and buses. However, there will remain much work to do in the coming years.

“Water, electricity, wi-fi internet are the basic needs. That applies to your own four walls as well as when you are on the road,” said Sabina Jeschke, DB Board Member for Digitalisation and Technology. The railway company she works for is planning to make a major move towards confirming these words. Last week DB announced an investment programme dedicated to launching a coherent wi-fi network at more than 130 stations and in around 200 regional trains and buses including the entire ICE high-speed fleet.

The new wireless network is branded as WIFI@DB. Deutsche Bahn has already installed 3,800 access points and laid 230 kilometres of cables in order to deploy the wi-fi service. To this end, the company will allocate around 44 million euros. “With WIFI@DB, our trains become even more of an extended living room or a mobile office. ‘Seamless connectivity’ means more convenience for commuters and business travellers, who can surf the web continuously on the train, at the station and in the DB Lounge and do not have to log in again for the return journey,” added Sabina Jeschke.

In the meanwhile, Allianz pro Schiene, a German association that promotes safe and environmentally friendly rail transport, highlights that lack of a wi-fi connection at train stations is a real problem for most of the regions in Germany. Only three states of Schleswig-Holstein, Hessen and Hamburg offer passengers a free connection to the internet at least three of four train stops.

The worst situation with Wi-Fi is in Brandenburg, Saarland and Rhineland-Palatinate. Less than 1.5 per cent of stations in these federal states are equipped with the wireless internet service. This option is underestimated even in Berlin where passengers are able to use wi-fi at only 9 per cent of railway stations.