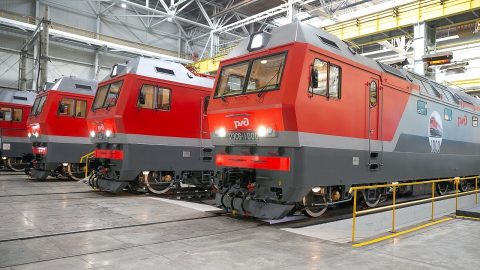 Russian Railways (RZD) has implemented a blockchain for rolling stock maintenance. More than 100 locomotive depots all over the country are examining the technology. This allows the company to reduce the human factor and to simplify workflow.

For more than a month, RZD is testing blockchain in locomotive maintenance. The state-owned company developed and implemented a smart contract. This electronic blockchain-based document is a computer code that automatically enforces the terms of a contract agreed upon by both parties at its conclusion. “As a result, the human factor is completely excluded, there is no need to generate primary documents on a monthly basis with subsequent approval, all processes are automatically synchronised, and paper protocols are replaced by electronic documents,” RZD noted.

Together with rolling stock manufacturers, Russian Railways created a single database, which is known as “Trusted environment of the locomotive complex”. It is dedicated to generating reports and acts with the help of a special algorithm. This database contains information on the technical condition of the locomotives, performed maintenance works and other data. Therefore, the real locomotives have their own digital twins. According to RZD, both smart contract and digital database have been implemented in more than 100 locomotive depots that cover the maintenance of more than 10,000 locomotives. The Russian railway company also plans to apply these data for predictive maintenance.

RZD has been actively upgrading its locomotive fleet along with the digitalisation of the maintenance operations. As of today, the share of new locomotives on the Russian railway network has exceeded 50 per cent. This is a result of the long-term investment programme. It was adopted in 2018 for the period until 2025 inclusive. The company is planning to order more than 5,900 new locomotives from Russian manufacturers. 597 new vehicles were purchased in 2018 and 738 units in 2019. For 2020, RZD scheduled acquisition of 640 locomotives. However, the corona crisis will most likely to correct this figure.