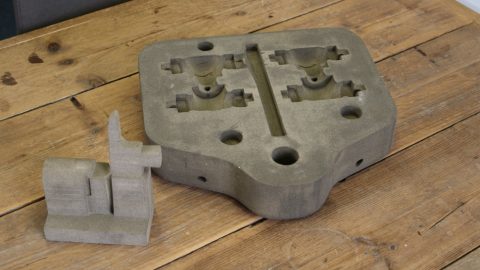 Castlab from the Dutch city of Tilburg has won an Innovation Award in the Start-ups category at RailTech Europe. The business, which is only 11 months old, can produce and deliver obsolete metal train parts within 10 days.

Though the start-up Castlab is just in its infancy, behind it is a family business that is over 65 years old: Melis Gieterijen. This traditional foundry is specialised in casting machine parts in bronze and aluminium. Since January, Koen Melis has been at the helm. He is the third generation of Melis.

One of the first things that Koen did when he took over the company was to formulate a future strategy, called MGT 2.0. “I realised that we only appeared very late in the production chain. The knowledge within the business in terms of development and production is not made enough use of, also by our customers, which is, of course, a waste. That’s why I set an objective for us to be involved earlier in the process.”

“Engineers often know less about casting and materials. And buyers, who we usually do business with, often know less about the engineering and technical aspects. We noticed that there is a demand for a party that can help to look for the most suitable production methods for metal components.”

Whilst developing his ideas, Melis quickly decided that it was better to deliver innovation via a separate company. This is why Castlab was set up. “We have been working on its implementation for the last eight months. Taking part in RailTech’s innovation prize was one of the steps we took, to allow our idea to be judged by a jury of rail sector experts, and to attract attention for our business from the sector.” 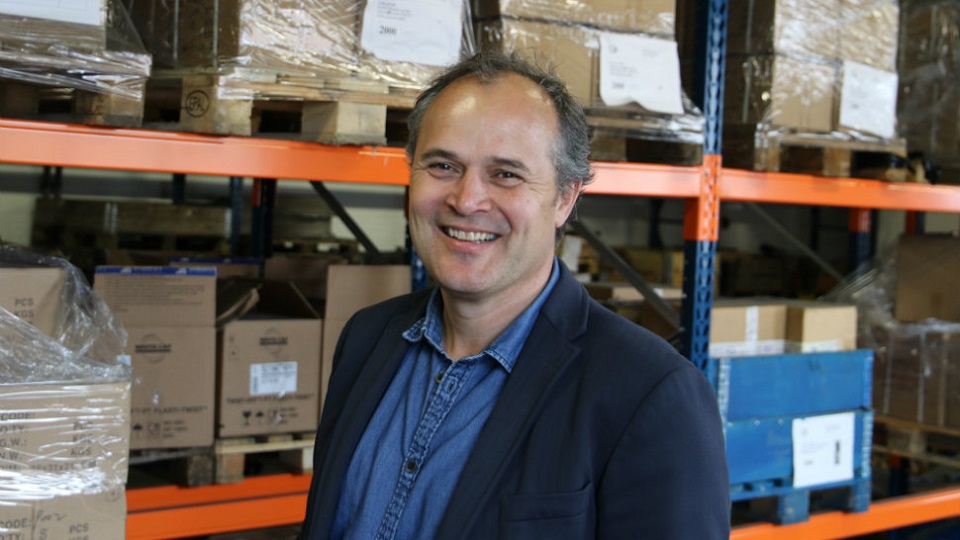 Castlab focuses on the rail sector, primarily rolling stock and the production of obsolete parts. “We have been very active in the rail sector for a long time. My grandfather drove NS steam locomotives, and started his own foundry. We are certified by NS to make cast parts for trains and tracks. And we have lots of knowledge about the railway, as well as possessing over 25,000 models and moulds for parts of trains and other industrial applications.“

“We have now run ten different pilots, including with Nedtrain and NS components. The market potential for obsolete spare parts in the rail sector is huge. Between now and 2030, billions will be invested in rail network maintenance. The hardware is often between twenty and sixty years old, and many parts must be replaced in the coming years. Sometimes the original manufacturers no longer exist, or drawings have been lost or damaged.”

Via the usual channels, new parts are often made from 100 or more smaller components. This is not only too expensive, but also inefficient, explains Melis. “You can have 200 of a particular component in stock, but that is not a sustainable solution. In our experience you will only need one or at most a few of each component, meaning the vast majority remain unused. What’s more, for a cast component there is a very long lead time: an average of 200 days is not uncommon.”

Made to last forever

“When the rail hardware was constructed, it was made to last forever. But problems with just a few components can mean that rail operators have difficulty keeping everything running. That’s why we set up Castlab, as we can now deliver a desired part (either one or a small series of items) within ten days of the design being accepted.”

Castlab works as follows: First, engineer Jeroen van Unen gathers as much information as possible about the required part. If there are drawings available, these must be assessed in terms of suitability, and then transformed into a 3D digital design. If there are no drawings, but there is still an original part, this can be completely scanned, measured and converted into a digital drawing. Next, Castlab looks at the required specifications for the part, such as how strong, flexible and vibration-resistant it must be. Finally, there are three options for production: printing, casting or making from a larger piece of metal.

“The manufacturing method we choose depends on the application. We outsource the casting to Melis Gieterijen or other partners. Sometimes, it is the other partners from our network who are the most suitable. The big difference from the traditional way of working is that now we negotiate with both engineers and quality controllers, instead of just buyers.”

3D printing as a tool

“At Castlab, 3D printing is a tool and not an objective, unlike what you frequently see elsewhere. Though it depends on the method and the material, a printed part is often weaker than one made by casting or from a larger piece of metal, and so requires a significant amount of finishing. What often plays a role in the choice of a particular production method is that, on the railway, parts must satisfy the original safety requirements.”

A good example of this is a cast aluminium hood for an electrical contact on top of a train, close to the pantograph. In terms of strength and weight, it could be printed in plastic, and this would also be better insulated than aluminium, but since the trains were approved with an aluminium hood when they were brought into service, exactly the same hood must be used now. “For the form fit function, a plastic version is printed to test in the field. Once the client has given their approval, an aluminium version is cast.”

Currently, Castlab does not do its own 3D printing. If there is sufficient demand, they will consider buying a printer. However, one with the required specifications would cost millions. So, for the moment, the printing is outsourced. “Buying a 3D printer is great, but this does not buy you the knowledge to work with one. The printer must make parts that are one by two metres big, so we’re not talking about a run-of-the-mill printer. In any case, within a radius of forty kilometres, we have the right partners who can produce and deliver the parts, once the drawings have been approved.” 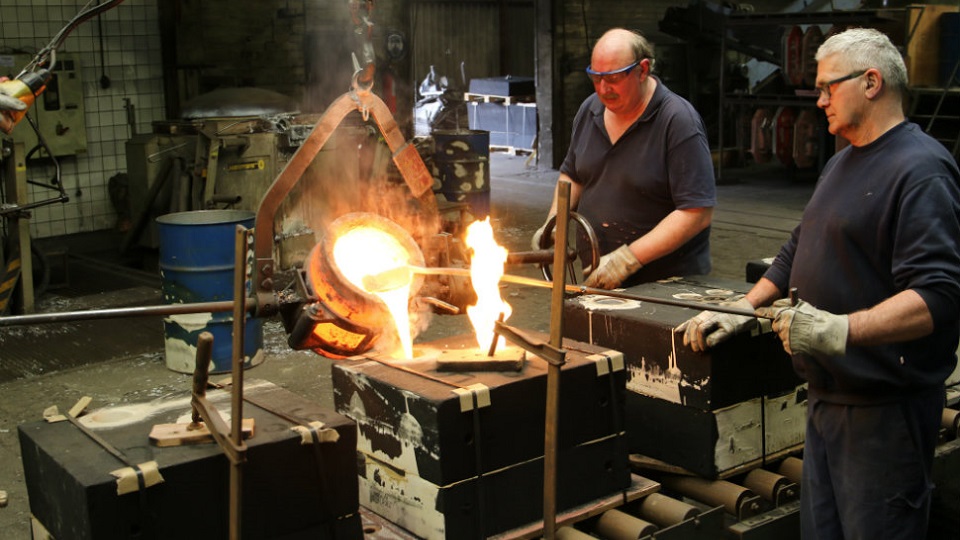 For the hood for the pantograph, there were no drawings or original items available. So paint was stripped off the original and it was scanned to make a drawing. Because of the small number required, no model or mould was produced, as they cost between three and four thousand euros. And then the end product needs to be cast too. Often, Castlab gets a sand mould made by 3D printing, based on the digital design. These moulds can be used forever, because to get the end product you need to eject the casting out of the mould. So when several copies of the same part are required, multiple moulds are printed.

As the design is done on open source software, it is easy to use at a later moment in order to make a new mould. The moulds can be made in 12 to 24 hours, after which casting takes one or two days. Following this, another three or four days are required for finishing and potentially coating too. Once made, the new parts cannot be distinguished from the original. Having said that, Castlab does make any improvements it can. “We do not copy the weak points of the original.”

This method has already been used to make dozens of parts for rolling stock and rail infrastructure. While Castlab has also made parts for classic cars and a new design for a security camera hood, its main focus at the moment is the rail sector. But at a later stage, it will also look at the opportunities in other sectors. “We are a start-up, so we need to walk before we can run,” concludes Melis.