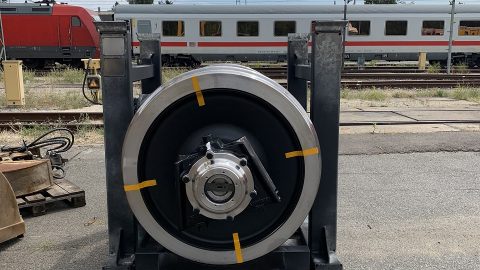 Deutsche Bahn has started to produce heavy spare parts with the help of a 3D printer. It will reduce the time for rolling stock maintenance. In the coming years, the railway company intends to extend the list of details to be produced by a 3D printer.

Deutsche Bahn (DB) has made the first 3D-printed axlebox. Earlier, it should wait up to 24 months for its supply. The innovative technology was provided to the German railway operator by the Berlin-based company GEFERTEC. Deutsche Bahn creates templates for 3D printing from existing drawings or scanned objects. Currently, Deutsche Bahn is able to produce more than 120 types of spare parts by a 3D printer including the details for the ICE high-speed trains.

The German railway company started to use a 3D printer in 2015. Since then, it has printed more than 7,000 spare parts. DB became the first railway operator to certify 3D printing. Testing and certification were performed by TÜV SÜD.

“With the breakthrough in metal printing, we can now gradually ensure faster delivery of spare parts, and the vehicles will quickly return on tracks,” said Sabina Jeschke, DB Board Member for Digitalisation and Technology. According to her, DB aims to make around 10,000 types of spare parts available for production by a 3D printer by 2021. To this end, Deutsche Bahn intends to organise training courses for around 200 young people at one of the company’s workshop.