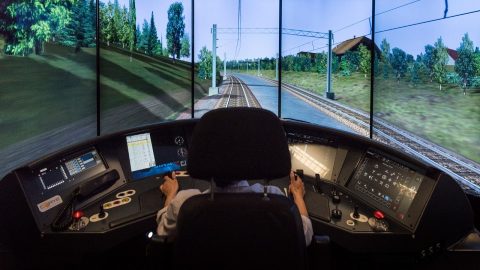 The Netherlands and Germany will work together over development the automated cross-border freight trains. The aim was set in a Joint Declaration of Intent signed on Tuesday 9 April in Berlin by Dutch State Secretary Stientje van Veldhoven (Infrastructure and Water) and her German colleague State Secretary Enak Ferlemann.

The Netherlands and Germany will cooperate in a joint working group in areas such as digitisation and automation of the sector. For example, innovations such as testing with self-driving trains will soon be tested across borders. Making targeted investments and making more efficient use of the rail network and making work processes more compatible with each other should make it possible to run longer trains (740 meters) faster.

Van Veldhoven: “Germany is our most important trading partner. And whoever knows that one train can carry as many as 56 trucks, also knows how important the rail freight sector can be for our sustainable future. That is why my colleague Ferlemann and I want to further strengthen this future-proof sector together.”

State Secretary Enak Ferlemann: “Germany and the Netherlands both want a larger share for rail freight operators in the transport sector. We are happy that our cooperation across borders is now being strengthened and we want to offer optimum conditions to freight operators. We will now work together on this. ”

Both countries are already working at a bilateral and European level to improve cross-border rail connections. In both the Netherlands and Germany, ambitious packages of measures were adopted last year to improve the competitive position of rail freight transport. In the Netherlands, it was also recorded that freight transport operators are involved in various ways to reduce the nuisance caused by vibrations and noise for people living near the railways.