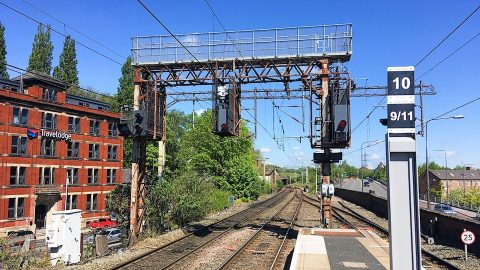 It could be the breakthrough that the British nation has been waiting for. The recently appointed UK Transport Secretary, Mark Harper, has done what none of his short-tenured predecessors have done, and has opened the door for the railway employers to make a new offer to the rail unions. There is hope this could be the shift that breaks the deadlock across the negotiating table. The move comes after a full week of talks between the Rail Delivery Group, which represents the operating employers in the industry, and the main rail unions, who represent more than 60,000 rail professionals.

Britain’s trains have been running in the past week, with only the vagaries of the January weather to overcome. There is an uneasy calm before the storm, with no further industrial action announced, but the rhetoric as savage as it has ever been. However, in a Sunday TV interview, the transport secretary Mark Harper confirmed that the government, through his department for transport was ready to take the reins off the employers’ representatives, and allow the Rail Delivery Group to table a new offer to the RMT union.

The first week of January was a write-off for the rail industry. The longest concerted industrial action, primarily a coalition of staggered strikes by the RMT and the drivers’ union Aslef, put the brakes on most railway operations. Last week, with the country going back to work big time, after the excesses of the Christmas break, there was relief as the unions refrained from organising any further action – UK legislation requires two weeks’ notice of a strike.

However, talks all last week provided little comfort, as both parties emerged with nothing more than harsh words for the other side. Also last week, union leaders gave evidence to a parliamentary committee (an all-party advisory body that informs debate in Westminster). Secretaries of the RMT, Aslef, and the TSSA – which represents a few thousand specialists in the sector, all expressed little hope of a resolution. It seems their words were noted in the House.

An offer will be made

On Sunday, in an interview with the UK satellite TV station Sky News, Mark Harper, the member of Parliament for the English constituency of Forest of Dean in Gloucestershire, and the transport secretary since late October last year, revealed that the irresistible force and the immovable object, represented by his government and the rail unions, had indeed shifted. Not quite an earthquake, but certainly a tremor.

“The train operating companies have got permission from me to make a new offer to rail unions”, Mark Harper told surprised reporters. “That is what they are going to be doing. That is what I was asked to do, that is my role in the process. “It is important now that we give some space for the employers, that is the train operating companies and Network Rail, to continue having discussions with the RMT to try and reach a conclusion.”

Movement required on both sides

However, when challenged on his statement, Harper made it clear he was not about to cave in unconditionally to the demands of the unions. He remained noncommittal but suggested that there would need to be movement from the union side too, in order to make any potential deal palatable. “[The employers representatives] have got a revised mandate to make an offer to the trade unions, to cover both pay and also importantly reform”, he said.

The RMT (Rail, Maritime and Transport union) has always maintained that the dispute is about the trifecta of pay, job security and conditions of service. They have been vociferous, particularly over what they see as safety compromises, inherent in the amendments to working practices demanded by the employers. However, public opinion shifted significantly away from sympathy with the unions in the week-long series of strikes this month. That’s not to say the government has gained any popularity as a result. Whether that has played any part in last week’s negotiations remains to be seen, but industry insiders are watching their seismometers for any further tremors.