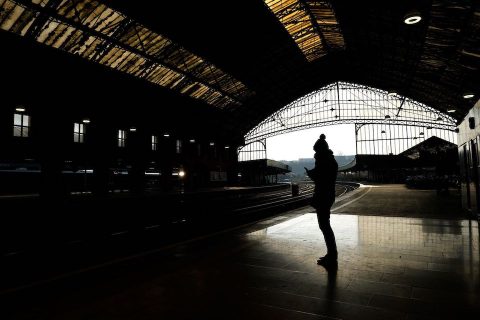 Published on 06-12-2022 at 09:13
Dark days ahead on the railway as union rejects 'Christmas saving' offer from employers (image RDG media)Rail Delivery Group

Train operating companies have offered the RMT an outline framework agreement that would deliver reforms that will support funding pay increases of up to eight per cent. The agreement would cover the 2022 and 2023 pay awards. The Rail Delivery Group, representing employers, say that the proposal package includes a pay offer that reflects cost-of-living challenges as well as guarantees on no compulsory redundancies until 1 April 2024. RDG also say it will also deliver changes to working arrangements necessary to secure the future of the industry while not over-burdening taxpayers at a time of significant pressure on the public finances.

Employers in the UK rail industry have tabled a draft framework agreement after several weeks of intensive talks. The offer sets out national principles which, if accepted by the union at the heart of the dispute, the RMT (Rail Maritime and Transport), it would shape local implementation negotiations between each train operator and local RMT representatives. The draft framework agreement gives the opportunity to call off planned industrial action due to start on the 13 December, upending the festive travel plans of millions of people, and hitting retail and hospitality businesses desperate for a buoyant Christmas.

Direct offer to the unions

The rail union, RMT, has however rejected the Rail Delivery Group offer and instead has demanded an immediate meeting (on Monday) to resolve the dispute. They say that despite the government allowing the group to make a direct offer to the unions, the offer is worth just four per cent in in 2022 and 2023, and it is conditional on accepting changes to working practices, job losses, driver only operation on all companies and the closure of all ticket offices.

The RDG makes no direct reference to these terms in its statement. “This is a fair and affordable offer in challenging times, providing a significant uplift in salary for staff”, explained a spokesperson from the Rail Delivery Group. “If approved by the RMT, implementation could be fast-tracked to ensure staff go into Christmas secure in the knowledge that they will receive this enhanced pay award early in the New Year alongside a guarantee of job security until April 2024.”

The RDG says that revenue is stuck at twenty per cent below pre-pandemic levels, while many working practices unchanged in decades. “We urge the RMT leadership to put this offer to its membership and remove the threat of a month of industrial action over Christmas that will upset the travel plans of millions and cause real hardship for businesses which depend on Christmas custom”, said the RDG. “We urge the RMT to move forward together with us and so we can give our people a pay rise and deliver an improved railway with a sustainable, long-term future for those who work on it.”

“We have rejected this offer as it does not meet any of our criteria for securing a settlement on long term job security, a decent pay rise and protecting working conditions”, said Mick Lynch of the RMT. “The RDG and DfT [Department for Transport at the UK government] who sets their mandate, both knew this offer would not be acceptable to RMT members. If this plan was implemented, it would not only mean the loss of thousands of jobs but the use of unsafe practices such as DOO and would leave our railways chronically understaffed.

Time would appear to have run out to cancel the first round of strikes, scheduled for Tuesday and Wednesday 13-14 December.