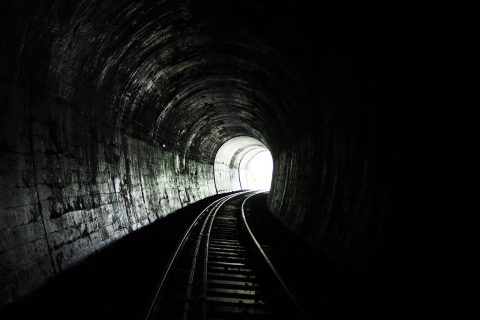 UK strikes see light at the end of the tunnel

Friday’s eleventh hour call-off came too late to save the weekend, but commuters exhaled a collective sigh of relief for the week ahead. The cancellation of strike action on Monday and Wednesday avoided a week of misery on the rails. For the public, whose loyalty has been tested to the limit by six months of disruption on Britain’s railway network, there is fresh hope of resolution.

Even on an unexpectedly busy news day, the announcement that rail strikes would not go ahead this week pushed everything else off Friday’s front pages. A breakthrough in the half-year long dispute came as a surprise to the nation. Attention has now switched to a week of intensive negotiations between unions, train operators and the infrastructure managers.

Saturday was still a write-off for would-be travellers. International rugby union events at Cardiff and Edinburgh suffered, and services were reduced by up to eighty per cent in some regions. The network map looked very much as if the most severe pruning proposed in the nineties had taken place. Some additional lines did remain open for freight traffic, which has been affected but not directly involved in the overall season of disputes.

The announcement from the RMT union came mid-afternoon on Friday, cancelling action at the infrastructure agency Network Rail across England, Scotland and Wales; and at fourteen passenger train operators mainly running services in England. Other unions with fewer members directly involved had already called off pending strike action. In Scotland, where industrial relations had taken a significant turn for the worse, there has been suspension of more widespread action planned for every week until Christmas.

Speculation is rife that major concessions have been made by one or both sides of the disagreement. Some media sources were reporting on Friday that Network Rail may have softened its stance on working practices, particularly over the allocation of maintenance staff. No word has come out of the RMT negotiating team, but the possibility exists for redefining the working week to make staffing a so-called ‘seven-day railway’ a more robust proposition.

Talks have been going on since the summer, with only a respectful break during the period of national mourning for the late Queen Elizabeth. Both sides have now said that they will enter into a renewed period of intense negotiation. UK government sources have probably moved more freely than any other party involved. However the quixotic turnaround in ministerial positions has hampered any meaningful involvement. The long departed secretary of state for transport Grant Shapps maintained a steadfast refusal to be involved. His brief replacement Anne-Marie Trevelyan gave hints of taking a seat around the table but before the music stopped, her place was taken by the current incumbent Mark Harper, who has hardly had time to draw breath.

Permacrisis over by Christmas

It is no exaggeration to define the current state of play on the British railway scene as a conflagration of disputes. Insiders are resigned to say “condition normal”. The word of the year, permacrisis, describes more than the parliamentary paralysis that has embraced Westminster. However, the significant moves, on the part of both hitherto intransigent protagonists, suggests a real breakthrough is on the cards.

Back in the summer, the joke was that all this would be over by Christmas. Black humour that may have been, but now the joke doesn’t seem so funny. It may be premature to say six months of disruption is over, but there is light at the end of the tunnel. Another old joke says that light is just a train coming in the other direction. For all concerned, right now, a train coming down the line is just what everyone wants.