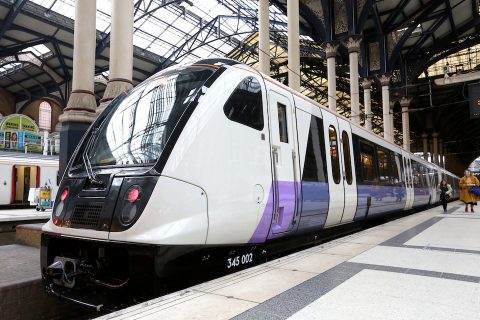 Bond Street, the most significant central London station on the Elizabeth Line, has opened. The inauguration comes exactly five months behind the interim service on the line. The opening of the station marks a milestone in the complicated build of the new station, under the street of London’s West End, and heralds a major relief of congestion at nearby stations, including the frequently overcrowded Oxford Circus. The countdown is now on for the ramping up of full Elizabeth Line services, running directly between terminals in Essex and Kent, through to Reading and Heathrow in the West.

The brand-new Bond Street Elizabeth Line station have opened, marking the completion of the last new station on the transformational new railway. The massive tunnelling project under central London has been heralded as the greatest ever single leap forward in the UK capital’s transport network. At an estimated coast of over fifteen billion pounds (around17.5 billion euro) it is also the capital’s most expensive ever. A date is now set for the commencement of the full service on the line, and through trains will run from Sunday 6 November.

Although Her Majesty did not live to see its completion, the railway that bears her name is already proving a fitting monument to her reign. Bond Street, geographically the closest Elizabeth Line station to Buckingham Palace, welcomed its first passengers at 05:47 on Monday 24 October. There is currently a train service every five minutes, increasing up to every three minutes at peak times from Sunday 6 November. That date will also mark the inauguration of a full, seven days a week service on the line.

The opening of Bond Street completes the central section of the Elizabeth Line as the last of the ten new stations to open. It’s construction has been hampered by a series of civil engineering challenges, not least its chosen site under the streets of West End London, which is one of the oldest parts of the city, criss-crossed by other subterranean infrastructure, and complicated by incomplete records for infrastructure dating back to the nineteenth century.

London’s Transport Commissioner, Andy Byford, along with the Mayor of London, Sadiq Khan, and Parliamentary Under Secretary of State at the Department for Transport, Katherine Fletcher MP, made an early start to welcome some of the first customers at the new station. They could be forgiven for not shaking hands with all of the anticipated 140,000 Elizabeth Line passengers using the station daily. That figure will more than double the number of people currently using Bond Street, an important existing interchange on the London Underground.

Although its central London section is entirely under the city streets, the Elizabeth Line is categorised as part of the National Rail Network. It does however integrate with the wider Transport for London network, and appears on the iconic Underground map. Bond Street Elizabeth Line station is directly connected by step-free access to the Central Line and the Jubilee Line – the latter named in recognition of the late Queen’s twenty-fifth year on the throne. It’s opening was formally made by her son, the then Prince of Wales, now King Charles the Third.