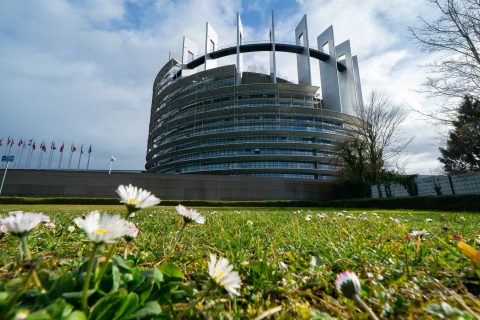 The European Commission has pledged support for hydrogen and hyperloop technology in its 2023 work programme conveyed to the European Parliament this month.

In a bid to bolster Europe’s nascent hydrogen economy, the Commission will “create a new European Hydrogen Bank”. This should unlock 3 billion euros in investment, which will directed in part to “matching supply with demand”. The railway sector is one of the sectors exploring hydrogen. All major rolling stock manufacturers have hydrogen trains in various stages of development. A few weeks ago, Alstom in Germany began running the first 100-percent hydrogen train timetable.

The Commission also put in writing that it will work to “further greening freight transport” in an effort to reduce emissions and pollution. One of the ways of doing so, will be to support the hyperloop concept. “We will also propose an EU regulatory framework for hyperloop to be ready to accommodate this high-speed, low-carbon transport solution.”

Tim Houter of the Netherlands-based Hardt Hyperloop labelled the work programme “another excellent step for hyperloop”. “A regulatory framework is of high importance for the success of hyperloop. Onwards with making it happen!”, he added.

The Hyperloop Development Program, a public-private partnership between the Dutch Ministries of Economics & Climate and Infrastructure & Water Management, the Dutch Province of Groningen, a group of industry parties, is equally excited about the announcement.

“On behalf of our members, we are thrilled to see this announcement and look forward to working together with the entire ecosystem to make the hyperloop network a reality.”

Przemek Ben Paczek, ceo and co-founder of MagRail system developer Nevomo, calls the work programme “a historical chance for the EU to have the first regulatory framework for future mobility solutions”.

“It will boost the development of the technology in Europe and will contribute not only to meeting ambitious CO2 targets but will also allow the EU to become the global hub for ultra-high speed modes of transport”, he adds.

Interested in alternative fuels infrastructure for rail? Block you calendar for next year’s Rail Infra Forum about this topic. Click here for more information about the event.