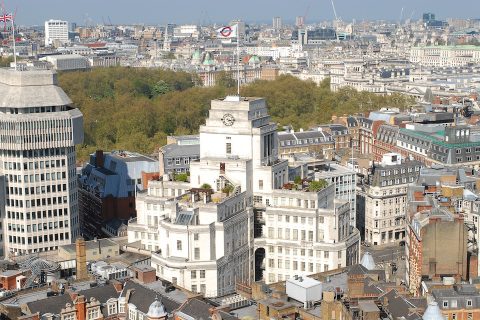 Around one million visitors; over one hundred state visits; and one state funeral. Today, Monday 19 September, could be the busiest day in the history of Transport for London, and perhaps for the entire transport infrastructure in the capital. The funeral of Queen Elizabeth may well have been meticulously planned in advance, but the demand is anticipated to strain resources to the limit.

There has been round the clock coverage of the vast logistical challenge presented by the death of Queen Elizabeth, but today is the day for transport to play its most crucial part. With the eyes of the world on London, and an unprecedented demand from the public to be a part of the occasion, it has fallen to the rail network, and London’s transport planners, to make the day pass smoothly for around one million loyal subjects, seeking to attend.

Both Transport for London, with responsibility for metro and commuter services, and the Rail Delivery Group, representing the national rail operators, took steps to encourage the public to plan ahead if visiting London this week. Both organisations predicted and prepared for unprecedented demand in the week leading up to the funeral. That preparation was justified, given the huge numbers who came to London to visit the Queen’s Lying in State at Westminster Palace. That event alone, at its peak, had a queue that reached ten miles (16 km) long.

“We will see unprecedented travel demand in the capital”, said the Rail Delivery Group’s statement. That demand is being made exacerbated by the closure, for security reasons, of the main coach terminal in London, nearby to Victoria railway station. Anyone using a long-distance coach to reach London is being diverted to a temporary facility at Wembley Stadium, almost ten miles (16 km) to the north. The London Underground Jubilee Line (named in commemoration of the Queen’s twenty-fifth year on the British throne), which serves the stadium, will experience crowds beyond those for major sporting events at the 90,000-capacity venue.

Many other locations exceptionally busy

Transport providers have well-developed plans with extra staff and services deployed today. Network Rail, the Rail Delivery Group, Transport for London (TfL) and government agencies are collaborating to ensure that Londoners and visitors to the capital are able to get around safely and as easily as possible. “London, and many other locations hosting ceremonial events associated with the State Funeral, will be exceptionally busy”, said a joint statement, warning of unexpected delays and changes, such as short notice temporary station closures.

The recently opened Elizabeth Line ran a special service on Sunday. The normally closed central section ran twelve trains per hour between Paddington and Abbey Wood, each carrying up to 1500 passengers. Londoners have also been asked to avoid Green Park, the nearest Tube station to Buckingham Palace. It is recommended to use other nearby stations, such as Victoria, Piccadilly Circus and St James’ Park. There are also significant road closures and diversions – mainly to ensure the security of the large number of heads of state attending. For context, the demands placed on various services to look after a typical official state visit results in a day of road closures in central London, and a cancellation of police leave. Today, there are over one hundred world leaders in the city, and every police force in the UK is providing officers to London.

“The transport industry is working hard to help people pay their respects in London and across the United Kingdom”, said Sir Peter Hendy, the chair of Network Rail. “Please make sure you check before you travel as we expect the road and transport networks to be busy.” The disruption is expected to last well into Tuesday. Many operators have been adding additional services, with some lines operating around the clock. Although the State Funeral service takes place in London, the internment is at Windsor Castle later on Monday – about thirty miles (48 km) to the west. The public have been asked not to try and attend at both locations.

“We are working with our partners to keep our city moving smoothly and to ensure that everyone who needs to get around or is planning to attend the memorial events can do so safely”, said Andy Byford, London’s Transport Commissioner. “While we are planning to run a normal service, there may be short notice changes and diversions as a result of the large number of people travelling and necessary road closures.”