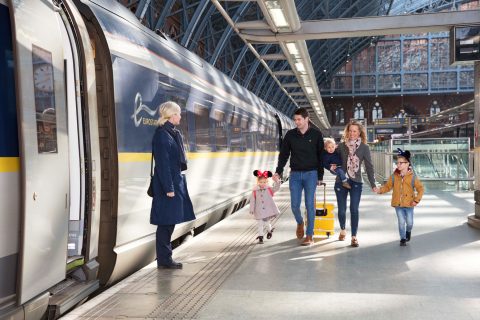 Eurostar to focus on core routes, London-Disneyland Paris not one of them

The direct Eurostar-connection between London and Disneyland Paris will be scrapped next year, the company has announced. Eurostar wants to focus on what it describes as “core routes” as it “recovers financially” from the COVID-19 pandemic.

The decision comes into effect from 5 June 2023 onwards, putting an end to the direct connection taking 2 hours and 49 minutes between London and Marne-la-Vallee after 27 years. UK travellers interested in visiting Disneyland Paris will next year have to change trains at either Lille or Paris.

Eurostar leaves the door ajar for the resumption of the direct service in the future, saying it would “revisit options” for 2024 some time next year. The connection was previously scrapped during the pandemic, but was resumed on March 25 of this year.

Eurostar also says the proposed EU Entry Exit system factored into its decision to shelve the connection. “We need to focus on our core routes to ensure we can continue to provide the high level of service and experience that our customers rightly expect.” Eurostar operates four services to Disneyland Paris per week, a stark contrast to the 14 daily services between London and Paris.