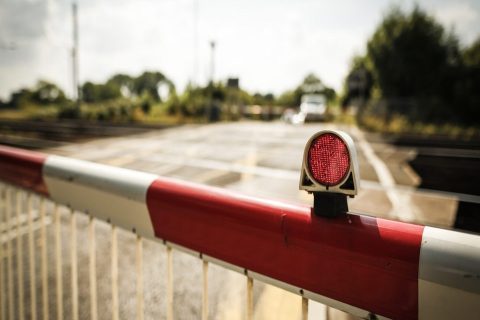 A series of planned strikes on the British rail network make this a very long weekend indeed. Thursday, Friday and Saturday may not be good days to move people or produce around Great Britain, so it might be a great time for a timely reminder on what’s turning everyone’s signals to red.

With an alliance of trades union interests on one side, and a confederation of companies and politicians on the other, customers, passengers, commercial partners and economic stakeholders are all caught in the cross-fire, with precious little influence on the outcome. Everyone is seeing red at the prospect of stalemate.

There’s a history of industrial tension on Britain’s railways, and it goes way back. Peel the union skins of disagreement and dispute between workers and owners, and you’ll end up with a history almost as long as the railways themselves. Hardly had the rails been laid between Stockton and Darlington, when the first fires of unrest were stoked. By and large, it’s been like that ever since. Owners seeking cheaper workers; workers seeking more generous owners, and government refusing to get involved and leaving the market to find a solution.

Fast forward 196 years, and those arguments still hold true. They are at the foundation of today’s deep divide between the fiercely passionate railway workforce and the stoically entrenched management – only now that very much includes the political establishment. The arguments may have become a little more nuanced, but there could very well be more active disputes in the rail industry now than in the rest of the economy at large. Unions, and there are at least four in widespread disputes at the moment, will argue, with some reasonable justification, that it’s all about pay. And conditions. And security of job tenure. And pensions. And safety.

Management say it’s about costs. And outdated working practices. And modernisation. And costs. And the right to manage. And investment. And costs. The government say they are staying out of it. They conveniently overlook that the infrastructure is run by a government department; a clutch of passenger networks are actually ‘operator of last resort’ shell companies, set up by the government; and almost all of the rest of the passenger operators have become management agencies of … the government.

Meanwhile, the myriad of management styles and nuances have given rise to a raft of rifts between the unions and the operators. So much so, that, just like a multiple unit with faulty headlamps, customers haven’t a clue whether they’re coming or going.

The big player is the RMT – the Rail and Maritime Transport union says the industry is making half a billion pounds (590 million euro) a year in profits while imposing a pay freeze on staff. They also have expressed concerns about changing work practices – which they say compromise safety. Critically, RMT represents signalling and safety staff at Network Rail, the infrastructure agency. Without those staff, the network in Great Britain is largely paralysed.

Then there is Aslef. Most easily described as shock troops of the industry. As the train drivers union, they can most effectively halt an operator at a stroke. During the pandemic, says Alsef, train drivers kept the country moving. They have differing issues with different rail companies, but generally say that they want multi-year pay deals honoured.

Other players enter the fray

Entering the fray lately has been TSSA – the Transport and Allied Staffs Association. TSSA is in dispute with Network Rail and all those government-underwritten train operating companies. The grievances are over job security, pay, terms and conditions. No compulsory redundancy is top of their agenda. TSSA is joining the strikes today (Thursday) and on Saturday (20 August).

Defining the meaning of solidarity, a fourth union, Unite, has called out its members at Network Rail. Their relatively small numbers are employed by the infrastructure agency as electric control room operatives. They are responsible for managing and controlling the power supply to the rail network. No power, no network.

Who’s out, and when

Today (Thursday) and Saturday, RMT, TSSA and Unite members on strike across Network Rail and most passenger operators in England. Anglo-Scottish and Anglo-Welsh services will be largely halted. Domestic operations in Scotland and Wales are not directly in dispute, but the walk-outs at Network Rail will wipeout any meaningful services there too. Only Northern Ireland, where transport is organised independently, will escape unscathed.

RMT members will also walk out at London Underground on Friday (19 August). That will leave the capital worst hit overall by this round of strike action. That’s prompted a new intensity of vitriol from government sources, with the ‘uninvolved’ transport secretary Grant Shapps sniping at the drivers in particular in his social media posts. Whether the public will grow tired of the strikes or of Shapps first is open to debate. Meanwhile, despite the hostilities, Negotiations continue. Talks have predictably stalled on union demands for a settlement in keeping with the hugely increased cost of living, while management claim there’s not enough left in the coffers without making significant changes to working practices. That, also predictably, has been welcomed like frozen points in February.

With Felixstowe port workers going on their own strike from 21 August, major industrial unrest is no longer the preserve of the railways. Britain is in danger of casting off into even choppier waters.

Yes, ports, ocean, etc., the unique resource, the “low hanging fruit” exists. Railway is Device!
(When connected, by a New Old Railway, basics – for a “Singapore” of hemisphere, the urgently needed, is there.)
Sustainable, well paid, jobs will be provided for, when England/Scotland is the established Hub of Hemisphere…
(Bonus of the above is, that a New Old Railway has to be constructed – where it started, 200 years ago…)
“Only” now requested, is a decisive goal.
(Brexit was first step…)