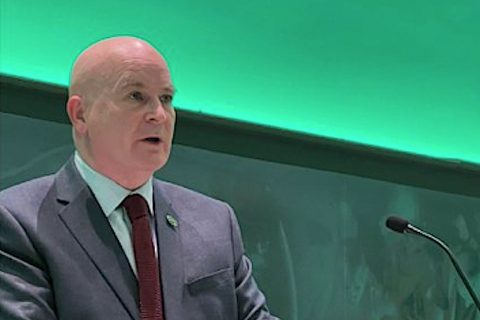 British weather cools down but strike climate heats up once again

Britain faces a fresh wave of strikes across the rail network, starting this Wednesday with an all-out stoppage by the biggest union in the sector, the RMT (Rail, Maritime and Transport). Then, just when you thought it was safe to get back on the tracks, the drivers’ union ASLEF will be taking action across several passenger operators in England.

Talks have stalled between the infrastructure agency Network Rail and the unions, with the RMT committing their 40,000 members to a twenty-four hour stoppage on 27 July – this Wednesday. With nationally important events in the next seven days, already, operators are gearing up for a week of disruption. Further action is tabled for early in August.

Rhetoric has been delivered by the train load as Britain gears up for a renewed offensive on the rails. With a brief respite to let the country swelter in a record heatwave, both sides have stepped back out into the full glare, prepared to deliver scathing reports on the other.

“Strike action will take place as planned”, said Mick Lynch, RMT general secretary. He went on to list moves, he says have angered his members. “Network Rail have not made any improvement on their previous pay offer and the train [operating] companies have not offered us anything new. “[Network Rail has threatened] to impose compulsory redundancies and unsafe 50 per cent cuts to maintenance work, if we did not withdraw our planned strike action. The government need to stop their interference in this dispute so the rail employers can come to a negotiated settlement with us.”

However, far for standing back, the UK government has refuted, with unalloyed criticism of the unions for ignoring a changing world. “These strikes are not only a bid to derail reforms that are critical to the network’s future, they are also an incredible act of self-harm by the union leadership”, said Grant Shapps, the UK government transport secretary. “Unlike the past 25 years, when rising demand was taken for granted, today the railway is in a fight [for patronage].”

Backing that with action, the government has wasted no time in introducing new legislation. A new law is now in place that will enable businesses impacted by industrial action to plug staffing gaps with agency workers. “While [this] week’s rail strikes will come too soon to benefit from this legislation, it’s an important milestone reflecting the government’s determination to minimise the power of union bosses”, said an unflinching Shapps. “This vital reform means any future strikes will cause less disruption and allow hardworking people to continue with their day to day lives.”

That combative move by Westminster has done nothing to deflect the train drivers’ union ASLEF, whose members will take action this coming Saturday. “We’ve been forced into this position by the train companies, driven by the Tory government”, said their general secretary Mick Whelan. “The drivers at the companies where we are striking have had a real terms pay cut over the last three years. These companies are offering us nothing, saying their hands have been tied by the government. [Members] are being told to take a real terms pay cut. That is not acceptable. Strike action is, now, the only option available.”

Operators preparations for the walk outs on Wednesday and Saturday will likely affect both semi-finals of the Women’s European football championships, with matches in Sheffield on Tuesday night and Milton Keynes on Saturday. The opening ceremony of the Commonwealth Games in Birmingham is on Thursday, and the Scottish football league season begins on Saturday, which is also the headline day of the sold-out Kendal Calling pop festival in the Lake District.

Network Rail say only about one in five services will run this Wednesday. If that’s not gloomy enough, there are more grey clouds on the summer horizon. RMT already has further strikes scheduled on August 18 and 20. Support staff union, the TSSA is balloting members for action. “Rail workers have kept our vital public transport services running throughout the coronavirus pandemic”, said Manuel Cortes, TSSA general secretary. “They face uncertain job security and see wages falling behind the rising cost of living. We cannot stand by and let this happen.”

By then, the government’s new legislation will be active. “In light of militant trade union action threatening to bring vital public services to a standstill, we have moved at speed to repeal these burdensome,1970s – style restrictions”, said UK Business Secretary Kwasi Kwarteng, who appeared to be in anything but reconciliatory mood. “Businesses exposed to disruption caused by strike action will be able to tap into skilled, temporary workers to provide the services that allow honest, hardworking people to get on with their lives. That’s good news for our society and for our economy.”

Late on Monday (25 July) the TSSA union added to the strike call by pulling its members out for industrial action at 11 passenger train operating companies. Rail workers in roles from ticket offices to managerial centres will take part in industrial action on 18 and 20 August. It will be strike action at Avanti West Coast, c2c, East Midlands Railway, CrossCountry, Great Western Railway, LNER, and Southeastern, and ‘action short of strike’ at West Midlands Trains, Northern, Greater Anglia, TransPennine Express and Southeastern.

The last time a Conservative (Tory) government was in such open warfare with the trades union movement was in the 1980s. The miners strike lasted for over a year, and brought widespread misery to the country. There is a mood of historical despair hanging over the UK just now. At the end of that dispute, there was still a Tory government … and, eventually, no mines.

Industry, old and mature…, now has to agree about a Goal, a single, a timely and sustainable!
This, “Back to Basics”, call for a period of peace, a limited respit, urgently, to be agreed upon.
Anyhow, now post Brexit, with a fresh new “map”, as well a new goal for England/Scotland infrastructure, indeed should be refreshing – and needed!
(Hemisphere needs a “Singapore”, etc… – and regardless of Brexit, goal of EU membership, nearness, to and within market, shall remain – and paved for!…)