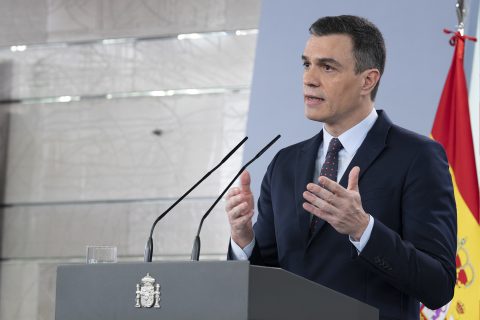 During the Spanish equivalent of the US State of the Union address, president Pedro Sánchez on Tuesday announced discounts of up to 100 percent for certain Renfe services in the coming period.

According to Sánchez this and other measures are intended to support the working class, which has been hit hard by the increased cost of living. The debate on the president’s plans, which also includes subsidies on gas and a special tax on energy companies and financial institutions, will wrap up on Thursday. Sánchez’s ideas received a lukewarm response by Spaniards on social media.

The railway offer applies tickets for various Cercanías, Rodalies de Catalunya and Media Distancia routes, making them effectively free of charge. The programme will run from September 1 through December 31.

“I am fully aware of the daily difficulties that most people face. I know that your salary is getting less and less, that it is difficult to make ends meet, and that your shopping basket is becoming more and more expensive”, Sánchez said.

With his plan for free train tickets, Sánchez eclipses the German effort, which saw the introduction of a so-called 9 euro ticket last month. That said, Germans have the added benefit of being able to use virtually forms of public transport. The only exception being the long-distance ICE trains.

While lauded as a success, the 9-euro ticket quickly led to overcrowded trains on certain routes. The fact that many people decided to take their bicycles along, led to additional problems. On a number of routes, Deutsche Bahn had to backpedal and eliminate the option of brining bikes.