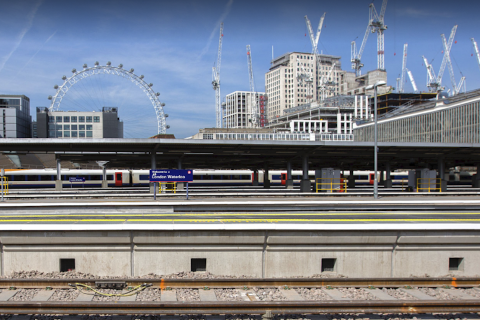 Barring a spectacular breakthrough, or a humiliating climbdown, Britain on Tuesday will be plunged into the biggest rail strike for a generation, with the prospect of worse to come. The trades union RMT is exercising the overwhelming ballot in favour of industrial action to bring to a halt almost all of the passenger operations in England and, crucially, the signalling and safety operations of Network Rail. Without those staff, fears are for red signals across the country.

From intermodal consignments from the ports, to commuters heading for the London stations, Tuesday will, according to informed industry observers, be hellish. At best, one fifth of timetabled passenger trains will run, with figures for freight services unclear – but inevitably hit hard. However, with a touch of stiff upper lip, train operators have been preparing timetables and telling passengers that if they must travel, then there will be trains running … just not very frequently, or quickly, or early in the morning, or late in the evening.

Likely to be very busy

Scotrail, the branding for most services in Scotland, will be almost completely closed down. The government run operation has been embattled by a long-running dispute with the train drivers union (ASLEF) and is already operating under a heavily restricted timetable. Although the RMT dispute does not involve ScotRail, staff of Network Rail will be called out, and they do perform the same roles as their counterparts elsewhere in Great Britain.

Anglo-Scottish operators have also said they are significantly restricting services. East Coast operator LNER – which was already a brand invented by the UK government ‘operator of last resort’ – has proposed a backbone service which will connect London with Leeds and Edinburgh, cancelling all its ancillary routes. “We will be running around 38 per cent of our usual trains”, said a statement from the company. “They are likely to be very busy”, added the company, to no one’s surprise.

Freight likely to be prioritised

Like the other operators in England, East Midlands Railways (EMR) has been working on contingency plans. They connect a large swath of central England and say they will provide as many services as possible, albeit a significantly reduced timetable. As the operator experiences high loading at the best of times, their advice to stay off the rails is well intentioned. “Customers are asked to only travel by train if absolutely necessary. EMR expects the knock-on effects of the strikes to impact services on Wednesday, Friday and Sunday.”

None of the large UK freight operators have made public comment on their plans for Tuesday and beyond. The expectation is that, given the relatively small number of freight trains (about eight per cent of the total daily movements on the network) their operations may well be prioritised, given the strategic importance of rail freight to the UK economy.

The RMT union is in dispute with most train operating companies in Great Britain, and with Network Rail, over matters of pay and conditions, citing compromises to the safety of the network built-in to plans to reform the operation of the railways in the UK. Several other disputes with other unions are boiling over as the summer heats up, and further industrial action is anticipated later in the year.

BREXIT and strikes, symptoms, of frustrations among voters etc., regrettably is the logic “answer”, to promises not fulfilled.
Now Goal of EU (edge by nearness) urgently shall remain!
Infrastructure for nearness decisively has to be constructed! With ABP ports, by high quality railways, timely connected England/Scotland will turn the “Singapore” of hemisphere, that by SS feeding offloads congested on shore feeding of ports of Continent, a win win!
A shift is needed!

BREXIT and strikes, symptoms, of frustrations among voters etc., regrettably is the logic “answer”, to promises broken.
Now Goal of EU (added edge by nearness) urgently shall remain!
Infrastructure for nearness decisively has to be constructed! With ABP ports, by high quality railways, timely connected England/Scotland will turn the “Singapore” of hemisphere, that by SS feeding offloads congested on shore feeding ports of Continent, a win win!
A shift is needed!