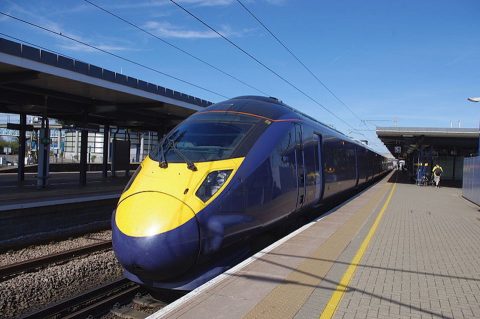 Ashford International railway station proudly carries the Eurostar emblem above its main entrance. However, the likelihood of a service to Paris, Brussels, Amsterdam, or anywhere else in Europe for that matter, remains in the balance. Now fears have been expressed locally that the station, along with Ebbsfleet, may never reopen to international traffic. Domestic services (pictured above) are all that remain, for now.

Kent has been part of the international rail travel scene since Channel Tunnel opened in 1994. In fact, for a century before that, boat trains, including the prestige Flèche d’Or (Golden Arrow) crossed the waters of the English Channel from Dover. Now however, the purpose built stations at Ashford and Ebbsfleet stand as redundant as the iconic boat train harbour station at Folkestone.

Domestically, Ebbsfleet has faired better than its more remote counterpart. With the massive Bluewater shopping centre nearby and an equally massive regeneration project in the area, the station is among the busiest outside the London terminals. However, the international platforms are empty of passengers and the Europe-bound expresses do not slow down to take in the view.

At Ashford, there is at least a high-speed service to speak of, but its origins and destinations are more Garden of England than Heart of Europe. The acclaimed high-speed domestic ‘Javelin’ service, introduced to commemorate the 2012 London Olympics, still provide a rapid connection to Stratford and Central London. They are frequented by long distance commuters from Canterbury, Margate and, ironically, Dover.

Locally, there is concern that the Kent international stations will never reopen. Eurostar and its new Thalys partners, will remain on a ‘just passing through’ basis until at least 2023. Speaking anonymously to local media, a Eurostar insider reportedly confided that they were hoping for an upturn in the industry and at least a handful of trains could be restored to both stations.

It’s just the latest in a long line of challenges faced by the international operator. The purpose built railway – now known as High Speed 1 – remains operational at less than full capacity. The domestic service, and a limited amount of freight boosts its use. Plans to run German trains to London Neve got beyond a test and ambitions for a pan-European timetable have never materialised. The recent extension however of Brussels services to Rotterdam and Amsterdam have proved a hit with passengers. Whether any of those passengers ever get to join at Ashford or Ebbsfleet is still up for debate. 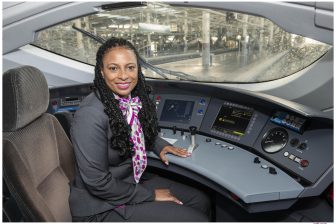