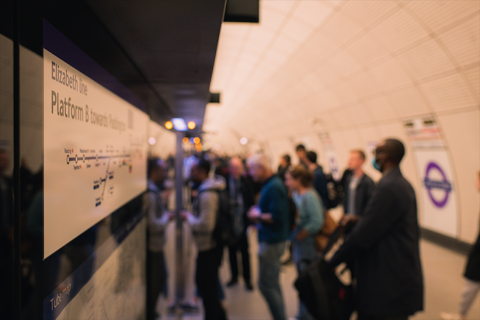 More than one million journeys were made on the central section of London’s new Elizabeth Line in the five days since opening on Tuesday, 24 May and leading up to the Platinum Jubilee celebrations of Queen Elizabeth’s reign. That though is only half of the success story. Across the entire railway, running from from Reading and Heathrow in the west to Shenfield and Abbey Wood in the east, more than two million passengers were carried.

London mayor, Sadiq Khan, has lauded the “roaring success” project. He said that the new service would “revolutionise” travel in the British capital and offer the largest single increase to its rail capacity in more than 70 years. With the line already on target to carry more than one hundred million passengers in its first year, the staggeringly expensive 18.9 billion pound (22 billion euro) railway looks set to vindicate itself.

Fears had been expressed that the line would open to an indifferent public. The pandemic has seen commuter patterns change radically, and many workers are spending more time at their kitchen table laptops rather than their office desktops. “Covid-19 prompted seismic changes in the way we live, work and travel”, said Dave Roat, the strategy director at Cubic Transportation Systems, the tech firm behind much of the modern ticketing systems in use today, including work on London’s pan-modal Oyster Card. “No longer dependent on being in the capital, Londoners bought more than 112,000 homes outside of the city in 2021, seeking more space to comfortably work from home.”

However, it seems that city firms are taking an interest in their workers again and time in the kitchens is no party anymore. “With an increasing number of companies now expecting workers into the office a few days a week, Crossrail [the technical name for the Elizabeth Line branding] has provided the infrastructure for people to travel in and out of London with ease, bringing 1.5 million people within a 45-minute journey of central London.”

The new line isn’t all new. It integrates and updates several existing suburban and intermediate services, and will eventually provide seamless travel between Essex and Kent via central London to Heathrow and Berkshire. Cubic Transportation Systems has helped contribute to Crossrail’s success by enabling multiple ticketing systems to run on the line. “Further advances were made in ticket purchasing in the new stations with a ticket vending machine developed by Cubic, which incorporates the ability to sell the full range of TfL [Transport for London] and National Rail tickets”, said Roat.

With the Elizabeth Line also serving Heathrow, many of those early customers are international passengers. Nice to know that tickets are available abroad too. “It has been fantastic to see the Elizabeth line receive such a great reception”, said Howard Smith, TfL’s Director of the Elizabeth Line. “It is already having a transformative impact on local businesses and opening up access to new areas of London.” 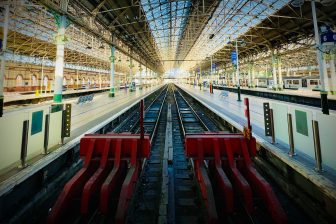