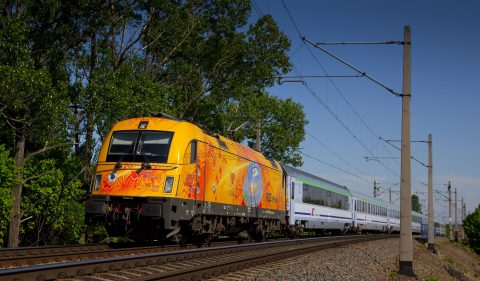 Since the start of the Russian invasion of Ukraine three months ago, Polish State Railways PKP has helped carry more than 1,8 million refugees out of the country, the Community of European Railway and Infrastructure Companies (CER) said in an update on Friday.

With that number of people, PKP continues to bear the brunt of the evacuation effort via rail, which is assisted by other railway companies through free tickets. Combined, European railways have issued over 3,5 million-such tickets.

Deutsche Bahn (DB), Czech Railways, MÁV of Hungary and Slovak operator ZSSK in particular have been generous in the issuing of free tickets. The latter two companies provided 336,540 and 365,000 tickets, respectively, whereas Czech Railways has by now made 550,000 free tickets available. DB, on its part, has issued close to 370,000 tickets.

In its latest report, the CER also called attention to the need to export grain. Ukraine needs to move around 20 million tonnes of grain in order to make room for its new harvest. To that end, the European Commission earlier this month announced that it would be setting up so-called solidarity Lanes to help Ukraine exports its produce.

The wait time for freight trains at border crossings currently ranges between 16 and 30 days, also due to the differing rail gauge widths between Ukraine and the EU. Through additional rolling stock and streamlined Customs operations, among other measures, the Commission wants to help Ukraine speed up its exports.