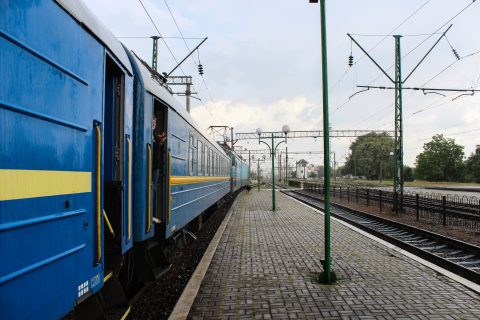 The train stations, located in the western and central parts of the countries, came under attack within the space of an hour. Kamyshin said his teams were still gathering information about the victims. The attacks have disrupted railway traffic, he added.

“They are trying to destroy the supply routes of military-technical assistance from partner states”, the Ukrainian armed forces command wrote in a post on Facebook, according to Reuters. “To do this, they focus strikes on railway junctions”.

The Russian Ministry of Defence confirmed the attacks in a briefing, saying long-range high-precision weapons destroyed six traction substations in the areas of the railway stations Krasnoye, Zdolbunov, Zhmerinka, Berdychiv, Kovel and Korosten. Through these railway sections, foreign weapons and military equipment are supplied to the Ukrainian group of troops in Donbas, says the Russian military.

Ukrainian Railways said on Monday that reconstruction of the railway infrastructure is underway. No train journeys were “frozen”, and evacuation and transport of the wounded are carried out according to schedule, said the company. However, due to active work at two sites, trains running through Zdolbuniv and Zhmerinka may be delayed for some time.

Earlier this month, a Russian rocket strike on Kramatorsk train station left at least 50 people dead and dozens more wounded. The station came under attack when thousands of civilians were queuing for evacuation.

Trains have been in the limelight since the start of the Russian invasion almost two months ago, carrying hundreds of thousands of Ukrainian refugees to safety. Meanwhile, relief goods are travelling in the opposite direction via rail.

Such is the importance of rail that acts of sabotage have been prevalent, even before the start of the war. In January, cyber-activists hacked Belarusian Railways and destroyed the databases that the company uses control traffic. In recent weeks, there have been reports of so-called Belarusian railway partisans setting fire to to relay cabinets in an effort to hinder the movement of Russian equipment and goods.