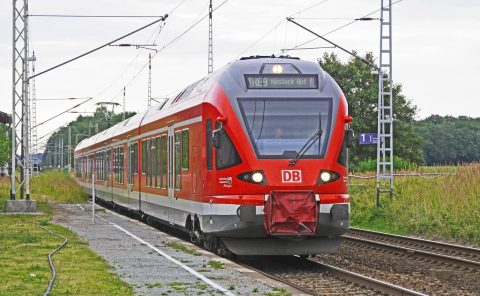 The German federal government announced the introduction of a flat fee public transport ticket on Thursday. For a period of 90 days, Germans will be able to use all forms of public transport for 9 euros per month.

Green Party leader Ricarda Lang lauded the move, saying public transport will now probably be cheaper than at any point in German history. The ticket will be introduced some time this summer. Holders of monthly and annual tickets will also stand to benefit, the coalition government vowed.

The flat fee tickets is part of a broader relief package aimed at reducing the cost of living for the average German. This includes a one-off pay out to citizens to help with energy bills, a one-time bonus for families and a temporary reduction in energy taxes on fuel.

The decision to reduce energy taxes on fuel is a contentious one. Earlier this month, Allianz pro Schiene, Germany’s not-for-profit rail transport association, urged the government not to go ahead with the measure. “People tend to forget that shifting to energy-efficient means of transport is the most effective way to keep mobility affordable”, Allianz pro Schiene managing director Dirk Flege said, adding that the government should consider scrapping its tax on traction power instead.