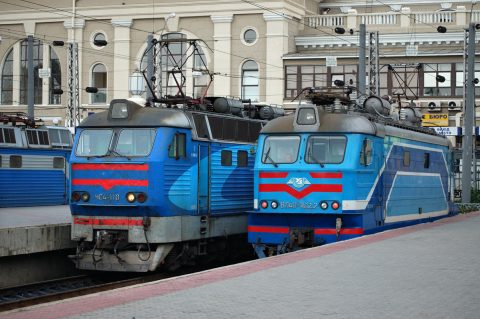 The prime ministers of Poland, the Czech Republic and Slovenia have travelled into Ukraine by train from Poland, German press agency DPA announced earlier on Tuesday. The EU leaders aim to reach Kiev in a show of support for the beleaguered country.

The journey was planned and agreed up during the recent informal meeting of the Heads of State or Government at Versailles in France. European Council President Charles Michel and European Commission President Ursula von der Leyen were also informed.

It was kept secret up until the moment the leaders crossed into Ukraine. They are Polish prime minister Mateusz Morawieck and deputy prime minister Jaroslaw Kaczynski, Czech prime minister Petr Fiala and his Slovenian counterpart Janez Janša.

The show of support was later confirmed by the Ukrainian president’s office and the the Polish prime minister’s office. “The purpose of the visit is to confirm the unequivocal support of the entire EU for the sovereignty and independence of Ukraine and to present a broad package of support for the Ukrainian state and society,” the Polish statement said.

Trains have been in the limelight since the start of the Russian invasion almost three weeks ago, carrying hundreds of thousands of Ukrainian refugees to safety.