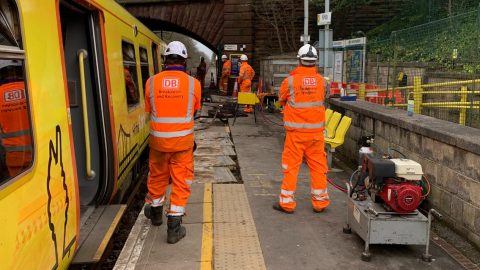 The train driver who crashed and derailed a train at Kirby station in the metropolitan borough of Knowsley near Liverpool was using his phone for texting just seconds ahead of the crash, a police investigation has revealed.

Ahead of the crash, which happened on March 13 of last year, the 59-year-old driver was travelling at 40 miles per hour (64 kilometres per hour) on a 15-mile-per-hour section the track. The driver applied the emergency brakes, but to no avail; his train crashed into the buffer and subsequently derailed.

The incident mangled the train itself and caused some 450,000 pounds (533,000 euros) worth of damage to the station, a spokesperson for the British Transport Police (BTP) told ITV on Thursday. The driver earlier this week pleaded guilty to the charge of endangering the safety of his passengers. The BTP claim it was “sheer luck” that no one was hurt. At the time of the incident, the train was carrying a total 14 passengers.

According to the police, the driver in his initial statement claimed that he was distracted by his bag falling of the cab’s cupboard. However, upon analysing his phone, investigators found that he had send a WhatsApp message a mere 26 seconds before impact. The 59-year-old admitted that his devices should have been switched off. He was dismissed shortly after the crash, and will be sentenced some time in the coming months.