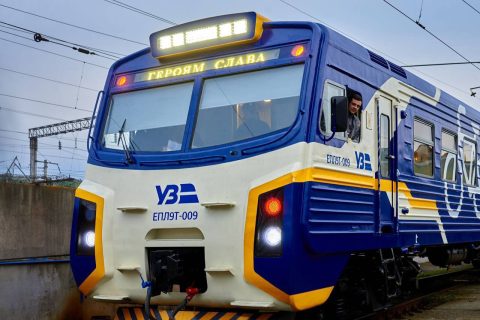 After a major overhaul, Ukrainian Railways finished the first of the modernised EPL9T electric train, manufactured 18 years ago at the Ukrainian plant Luhanskteplovoz. It is the first modernisation of this model, and brings more accessibility and convenience for passengers on board.

After the modernisiation at Ukrzaliznytsia’s own facilities, the train now runs with ramps available in each main carriage of the train, inclusive restrooms with changing tables, spaces for transporting transporting bicycles (24 places in the entire train) and specially equipped seats for passengers with disabilities.

The electric train can accommodate 964 passengers and can reach a speed of up to 120 kilometres per hour. The EPL9T train is now added to the list of restored suburban trains of Ukrzaliznytsia. For example, last summer Ukrainian Railways introduced trains modernised at the Kyiv Electric Train Repair Plant on the routes between Kyiv, Bila Tserkva and Myronivka.