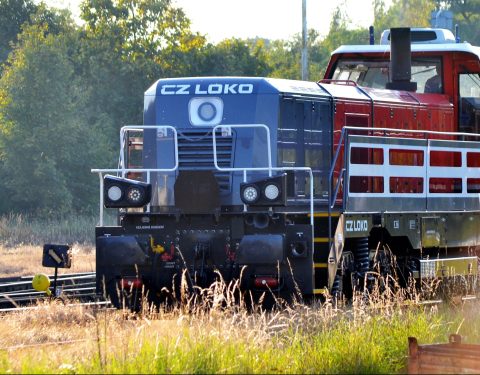 The locomotives are the first of an order of 10 vehicles all manufactured by Czech company CZ Loko. The new additions will be used for shunting work and assembly of the PKP’s wagon trains on the sidings of its Intercity Plants.

“I am glad that despite the difficult market situation, we manage not to slow down the pace of implementation of the largest investment program in the history of our company,” Jarosław Oniszczuk, Member of the Management Board of PKP Intercity, said, adding that the locomotives were “extremely important” for efficient fleet management.

Under the terms of the contract with CZ Loko, the Czech firm will provide a four-year warranty on the locomotives and will also train PKP employees in operation of the vehicles. The remaining four locomotives are scheduled for delivery to PKP Intercity by the end of February 2023.

This order is part of the largest investment program PKP’s history which aims to replace the entire PKP Intercity fleet by 2030. In total, the firm has allocated 5.2 billion euro gross for rolling stock investments, with the aim of adding 429 locomotives, an increase of 11 per cent on current fleet numbers.

New additions are expected to include 35 hybrid multiple units and 38 seven-car two-story push-pull trains. Next year, PKP is to receive the first of ten new multi-system locomotives manufactured by NEWAG, capable of running at a speed of up to 200 kilometres per hour.