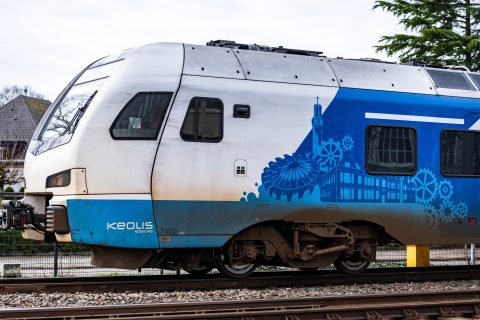 The Dutch province of Overijssel has pulled the plug on the use of battery-electric trains from 2027 onwards. The province had planned to use the trains on sections without overhead lines instead of the diesel trains currently in use.

New estimates on the part of infrastructure manager ProRail have revealed that deploying battery-electric trains would require more additional efforts than previously anticipated. For example, the energy system would have to beefed up significantly. ProRail privately communicated the additional costs to the provincial government, which subsequently put its plans on ice.

In comments to Dutch sister publication SpoorPro, ProRail applauded the decision, saying that the deployment of battery-electric trains is still in a nascent stage. “It comes with a host of different questions and risks compared to using regular electric trains”.

De provincial government, ProRail and operator Keolis will go back to the drawing board in the coming years to come up with a plan for 2027 and beyond.

Interested in sustainable rolling stock and the required associated infrastructure? Block you calendar for next year’s Rail Infra Forum about this topic. Click here for more information about the event.

This piece was first published on SpoorPro.